Trying to put customers into demographic segments and predict their buying behaviour is no longer plausible. At least, that’s according to Mindshare’s latest research on shopper behaviour.

Where previously media agencies and brands have booked ad space on demographics – women aged between 18-35, men over 40, anyone under 10 for example – Mindshare questioned whether shopper behaviour changes have killed off the ‘demo’ as we now have to look at the behaviour of someone, not just their age, group, or social level.

Speaking to a room full of brands and media owners at its Mindshare Unlocks event in Sydney this morning, the media agency claimed behaviours are now more important than demographics. And that brands need to look at how their target market shops, and take notice that it’s likely to not be the same as someone else in the same target.

“In essence, we need to completely reimagine the entire shopper journey,” said Joe Lunn, chief strategy officer at Mindshare, pulling up a slide that looked like some form of abstract art due to the lines criss-crossing everywhere. 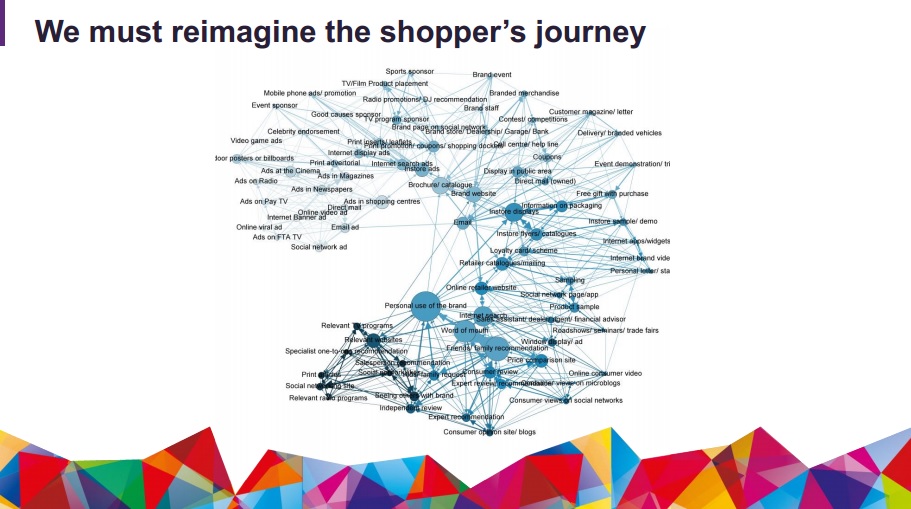 “As a media strategist, is actually terrifying. But it’s also kind of sexy too.

“There is no linear journey. We’ve been saying this for so long, but we’ve finally got the proof.”

One telling point on shopper behaviour change was that online shoppers are more promiscuous than in-store shoppers. They will look at, and consider, more brands that someone in-store.

And as everything is moving more and more towards mobile and online, this is music to the ears of challenger brands who are more considered online, but poses worries for market leader brands if consumers are considering other businesses.

Alongside the promiscuous online shopper, the messages consumers are bombarded with everyday are endless. But, unsurprisingly, they don’t notice them all.

The research claimed consumers only see 41 messages on average when shopping. This differs slightly across categories, as people notice more automotive messages when they’re thinking about buying a car, but less messages in retail, clothes, food and alcohol categories. 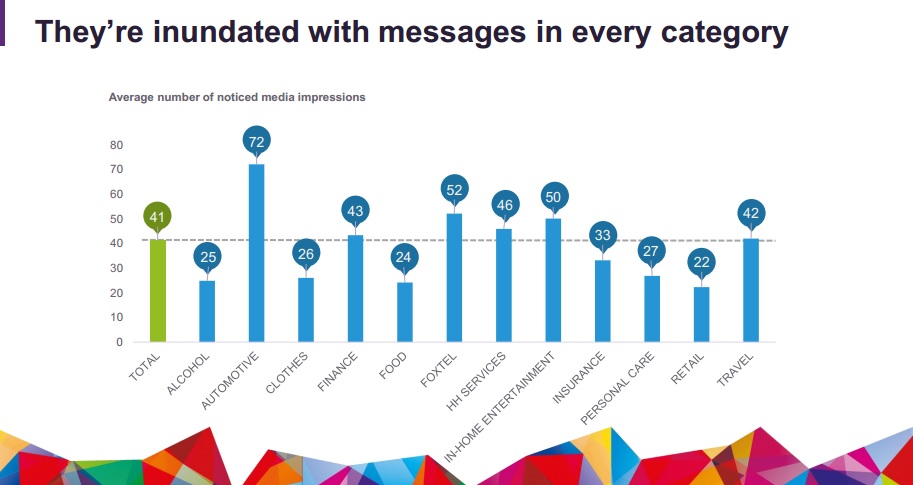 Also, brands can’t assume the first contact someone has with a brand is from its above-the-line campaign. Lunn used the example of how someone might see a Foxtel van drive past their house before even considering the subscription TV service.

Another key pull out from the research was earned media and owned media are now becoming the mass media.

Yes, we’re still seeing results from paid media and it’s good at getting attention, but consumer behaviour now dictates brands can’t buy scale – they have to earn it.

Exemplifying how much the consumer has changed, Lunn said they’d found 81 per cent people are now giving brands earned media – word of mouth – in a public forum such as social media.

And only 62 per cent are doing it privately, such as over coffee or over email.

Earned media dominates in nearly every category too. The only ones it doesn’t dominate in – where owned media rules – is in the retail and clothing sector. This is because brands in these categories really push their owned media channels, and spend a lot of time and money on them. 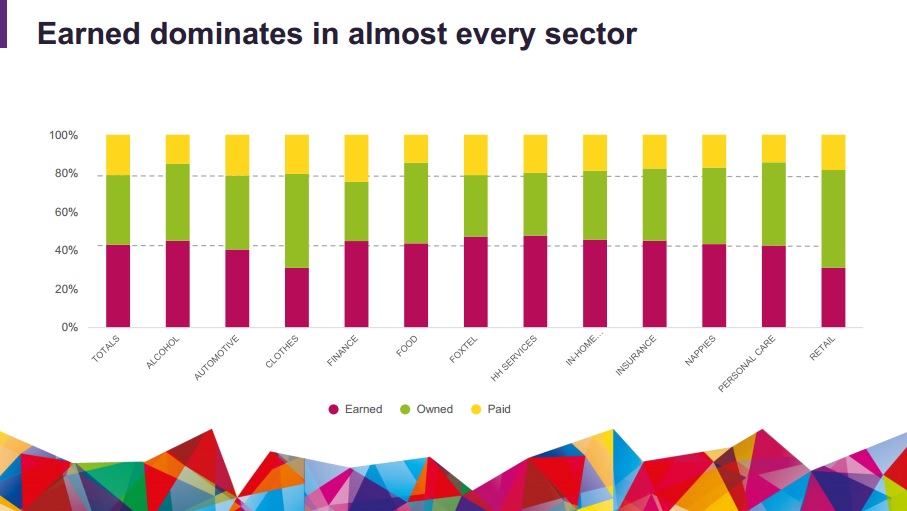 The resulting factor is brands need to break down the silos between paid, owned and earned media.

The study was conducted in partnership with Mi9. The research looked at 3535 shoppers, following 4500 customer journeys. Check out the infographic below for the full findings.