If you weren’t one of the 102,500 people who attended the NAB Show in Las Vegas – a massive convention encompassing the convergence of media, entertainment and technology – AOL’s Yasmin Sanders (pictured below) has kindly re-hashed the top five topics of conversation from it that you should be across. 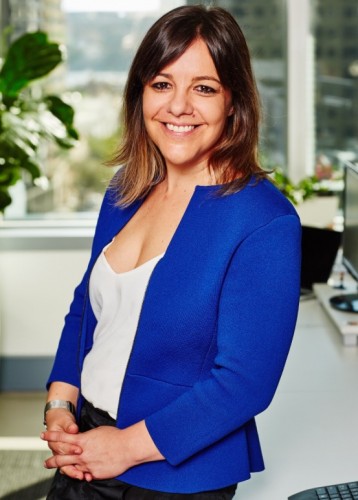 The future of TV networks in Australia is firmly in the spotlight after this month’s media reform package, designed to improve the sustainability of Australia’s free-to-air broadcasting sector.

I’ve just returned from a week at the NAB Show in Vegas (the world’s largest annual convention encompassing the convergence of media, entertainment and technology), and the message from sessions I attended was loud and clear: whilst the opportunities for broadcasters are significant, success will only come to those who build a convergent, digital future.

It will come as no surprise that market consolidation is expected to accelerate, particularly between the Goliath’s of the broadcasting and technology worlds and the David’s of the startup space, as large corporations look to add specific capabilities to their operations.

Going forward, we can expect to see the emergence of ‘one-stop shops’, doing everything from content creation through transcoding and delivery, to ad serving and personalisation – not to mention analytics and content intelligence.

As customers demand a seamless experience, it follows that media companies need to find ways to deliver end to end experiences for consumers, advertisers and distributors alike.

Finding, retaining and engaging an audience is a universal priority. In a world of consumer choice and the plethora of devices to watch content on, it is critical to implement a robust distribution strategy.

CBS, for example, has found success in delivering more customised, interactive and immersive news content across different platforms in order to capture new audiences. Two years ago, the average age of a typical CBS news viewer was 60 years old. However, since launching the CBSN website two years ago (which incorporates an always on live news feed), the platform has an average audience age of 38 years.

At the same time as diversifying audiences, they are diversifying revenue streams with the introduction of paid subscriptions for super fans of CBS content via CBS All Access, offering original content and entire library access, including ad supported versus ad-free subscription options.

The increasing importance of co-opetition

Consumers don’t think in channels – they expect to be able to access their favourite content in the way they want it, when they want it.

This means that we are seeing a rise in the number of media owners who are distributing some of their original content on platforms like Facebook, Google and YouTube in order find and widen their audience.

I expect to see more broadcasters in Australia continue to experiment these strategies without compromising the long-term quality and quantity of their own content and data (which will only become more important in our increasingly personalised world).

Consumers are building their own personalised viewing experiences

The move towards increased personalisation continues apace, with more and more viewers ‘service-stacking’ to create their own experience. US research house Parks Associates revealed that a third of US OTT (content delivered over the internet) subscribers subscribe to two or more services.

According to its research, the motivation behind users service stacking isn’t necessarily to increase the volume of content but to add in genre specific services to for their viewing experience. For example, in the US, Anime specialist content providers such as anime and crunchyroll are flourishing.

The good news here is that Australian broadcasters and advertisers are ahead of the curve already trading and deploying the back-end infrastructure adopting agile development methodologies, API-led and cloud-based solutions to support audience-based buying.

I’ve been in the business of TV for my entire 16-year career, and this year’s show underscored how far the industry has come in its journey from an appointment viewing box in the corner of the living room.

There remains an incredible amount of work to do in shifting business models to fund the kind of quality content required and future-proofing against broadening content distribution models to ensure the medium thrives, but the distance already travelled is immense.