In this opinion piece, The Tall Planner’s Kate Smither (pictured below) argues the lines between reality and fantasy are blurring and its all advertising’s fault. She also argues that’s not such a bad thing. 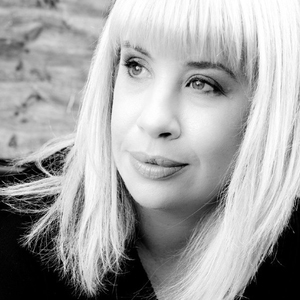 The “real” full Monty, ‘the “real “ Dirty Dancing, even our TV is now creating realities that are bring to life the fantasy. For better or worse….

In her studies of gender stereotypes and their depiction in media through See Jane, Geena Davis talks about the importance of “Changing the fantasy to change the reality”. How without impacting and altering the narratives we are creating, we have no hope of making a real difference. “If she can see it, she can be it” is how See Jane expresses it and when it comes to gender stereotypes, putting forward a different image of what is possible can make all the difference.

As much as brands like Gillette have politicised and commoditised movements like #MeToo, they are really saying (quite openly) that they need to own how their fantasies have created the reality for women everywhere. They are owning their part in the creation of this “toxic” culture. Execution aside, this was strategically the most powerful part of the brand’s shift.

Women in sport is a great example of how advertising is helping to change reality by changing its fantasises. Advertising for women’s sport is continually changing our reality. It is establishing new conventions for how athletes and strength are portrayed. Campaigns for women’s cricket have not only raised long overdue awareness, they have impacted policies with governing bodies like Cricket Australia codifying gender and diversity in a way changes how sport will operate in the future. Creating a new fantasy has impacted and reframe the reality.

Changing the fantasy doesn’t have to shout. It can acknowledge that changes happening slowly are often just accepted as a new normal. They are not pushing against something or breaking something or chastising something. They are simply reflecting that the fantasy is fast becoming the reality. In factual terms the reality is that women’s sport is the fastest growing area of games from cricket to rugby.  It is just that the fantasy is now catching up and changing the future reality.

That’s where the power of creativity and insight really live today. In an honest and transparent acknowledgment of how brands live in your world and in our lives. How they change culture. Ads have become markers of how society and culture are changing and changing fast.

The most recent work from BBDO for the Sandy Hook Promise is a haunting change to the fantasies that back to school advertising has created as conventions. It is case of the fantasy and the reality converging for chilling impact and effect. By cutting through the back to school “fantasy” wallpaper, the PSA makes a chilling point about the need for gun control. It makes the viewer acutely aware that they cannot ignore reality and let fantasy wash over them. The work is as disturbing as it is brilliant. Disturbing because of what it talks to, brilliant because it cut through to you with its fantasy sadly turned into reality.

Advertising seems to have become increasingly and acutely aware of its cultural role as a creator of conventions and new realities through the fantasies that it creates. At this moment in time advertising and advertisers are aware of this responsibility, but they are also aware that they are part of forming a new normal. The truth is that their fantasies can change the reality in a way that no other medium really can.