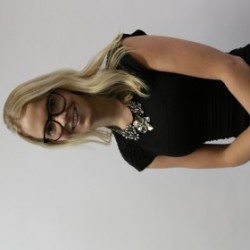 
In celebration of the beautiful game, Pringles Facebook fans will be kicking goals of their own in a unique experience both online and off.

With the support of Sydney FC, Pringles has created an application for its 1 million strong Facebook community so that die-hard football enthusiasts and part-time fans alike can attempt to score their own ‘Pringoooals’.

Launching on June 27, the Facebook app will run with special appearances from the skilled goalkeepers of Sydney FC.

Turning pro, Facebook strikers can select their desired level of spin and speed to be translated into a shot on goal defended by the application itself, or by Vedran Jenjetovic, Anthony Bouzanis and Ivan Necevski during the ‘Power Hour’ each night. Via a live stream, Pringles Facebook fans can watch the goalkeepers being put through their paces by the community.

The app will also be brought to life when Vedran Janjetovic from Sydney FC invades the football heartland of Western Sydney, Blacktown. Cutting the Wanderers’ grass, fans can test their luck against the Sydney FC goalkeeper, as well as online competitors.

Over the course of July 11 to July 12, fans can have a go defending against shots fired via the app. Those who fancy themselves skilled footballers can even try their luck against Sydney FC goalkeeper Vedran Janjetovic during the ‘Power Hour’. From 9:30 to 10:30am on July 12, Janjetovic will take his place in goal, defending shots fired by the public.

After working up a sweat, fans will be glad to learn all ‘Pringoooals’ and shots defended will be rewarded with a can of Pringles. You don’t just eat ’em; you get match ready with ’em.