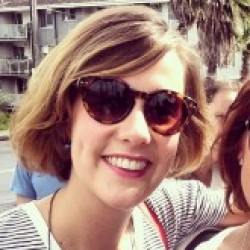 F4 will handle PR and influencer outreach for both brands, as well as experiential events and activations for Krispy Kreme.

F4 will support Krispy Kreme Australia to re-launch the much-loved brand in the local market including a major experiential event later this year.

Krispy Kreme’s Marketing Manager, Amanda Mita said: “We were very impressed with F4’s pitch, their strategic approach and overall creative concepts, one of which will form the core idea for our brand re-launch later this year. Watch this space!”

“We are really looking forward to helping Amanda and the team at Krispy Kreme Australia bring the joy of doughnuts to old and new fans alike,” said Fergus Kibble, Managing Director and Founder of F4 Consulting.

F4 will collaborate with Blundstone and its other major agency partner, AJF, to plan and implement earned media and influencer programs in Australia, supporting Blundstone’s largest ever brand campaign. The integrated campaign will launch later this year.

“We are thrilled to be working with such an iconic Aussie brand and look forward to sharing the Blundstone story with the nation,” said Fergus Kibble, Managing Director and Founder of F4 Consulting.

Blundstone’s Group Marketing Manager, Rachel Lash said: “F4 demonstrated a really good understanding of our brand, with down to earth thinking and a plan that we think will really resonate with our core target audience and the wider Australian public.”

With the growing roster of clients, F4 is on the lookout for a new Account Assistant and Senior Account Manager. If you’re interested, see more details here.