Gabrielle Dolan (pictured below) is a best-selling author and international speaker on business storytelling and authentic leadership. Dolan is also the founder of Jargon Free Fridays and has just released her latest book Real Communication: How to be you and lead true. In this guest post, Dolan tackles one of adland’s most favourite things – the dreaded acronym (TDH)…

Acronyms exist for a very specific and critical purpose. The use of acronyms and even the word itself originated during World War II where they were wildly used to conceal messages from enemy eyes. 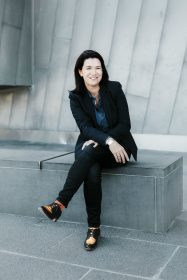 Today they are extensively used with the belief that it is an efficient way of communicating.  For example, most people would refer to an automatic teller machine as an ATM and say SCUBA instead of self-contained underwater breathing apparatus. In fact, some acronyms become so well-known and used on a regular basis that they make their way into the dictionary, such as scuba did in 1952.

Somewhere along the lines the use of acronyms has become the default to the point where we have Excessive Use of Unnecessary Acronyms (or EUUA – the irony!). The problem with this is that unless everyone understands the acronym being used it can be alienating, confusing and completely inefficient when it comes to communicating.

Elon Musk famously sent an email to all employees in 2010 with the title “Acronyms Seriously Suck”. He stated that, “Excessive use of made up acronyms is a significant impediment to communication’. In the email he instructed that any new acronyms had to be approved by him declaring that, ‘no one can actually remember all these acronyms and people don’t want to seem dumb in a meeting, so they just sit there in ignorance. This is particularly tough on new employees.”

Yet it is not only new employees that can feel alienated and confused by unnecessary acronyms, it is also customers.

I recall a waiter describing the white wine available as ‘SB or SBS’. Asking for an explanation I was told it meant Sauvignon Blanc and Sauvignon Blanc Semillon. I am sure I was not the first (or last) person to need to ask for an explanation — which means she had to stop and explain. If jargon and acronyms are used for efﬁciency and accuracy, surely it would best for her to avoid reducing wine varieties to acronyms.

The first step to fight our addiction is to be aware of the consequences and push back on the default of always reducing phrases to acronyms.

If you are only using the term a few times over a report or document, you do not need to reduce this to an acronym. It makes it harder for the person you are communicating with to understand. The same applies for verbal communication as well as written.

When a client of mine moved to a new company she received a 10-page report. The last page contained a list of all the acronyms in the report that she had to keep referring to. In an attempt to fight against her team’s addiction to acronyms, she asked for the report to be rewritten without any acronyms and therefore eliminated the need for the glossary. The report ended up being the same 10 pages in length but this time easier and more efficient for the reader to understand.

Unless you are sure that your audience fully understands what the acronym means, get into the habit of saying or writing the complete word. Also consider that for every acronym there could be multiple meanings. For example, IP can be intellectual property or Internet Protocol.

Another way to avoid the excessive use of unnecessary acronyms, is to have the courage to ask what they mean when you are unsure. For example, if you are in a meeting and people are using acronyms that you are unsure of, stop and ask them to clarify.

In 2014, Richard Branson wrote a LinkedIn article titled “Why you should do away with jargon”. His opening paragraph read, ‘Some people love speaking in jargon, using fancy words and turning everything into acronyms. Personally, I find this simply slows things down, confuses people and causes them to lose interest. It’s far better to use a simple term and commonplace words that everyone will understand, rather than showing off and annoying your audience.’

The reality is that when you use unnecessary acronyms you are putting all the onus and hard work on your audience to interpret what you are communicating.

So before you use an acronym it may be worth thinking about their origins. They were used to deliberately conceal messages and make it harder for people to understand the message.  Unless that is your purpose it may be worth using the whole word instead. It’s time to fight against EUUA.