When your customer base is every single human being currently alive, it throws up some pretty unique marketing challenges, Google’s Joshua Spanier has told Sydney’s Ad:tech conference.

Spanier is the tech giant’s marketing director, global media and said when you have a potential customer base of eight billion-plus you’ll never get a marketing team big enough. “How do you make decisions, how do you organise, how do you scale? I could have a team of a thousand people and still not have enough,” Spanier said of the company’s unique marketing challenges.

Spanier recounted the company’s CEO Larry Page comparing the tech behemoth to toothbrushes – “Billions of people use it, twice a day or more and that’s the inspiration for Google’s products.” 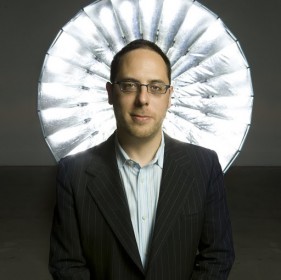 Such is the enormity of the marketing task, Spanier explained his department was split into two – code and customer. Code’s job was big data, algorithms, making everything work faster; while the customer side was the “thinking beyond the ads”.

“That said it’s wrong to think of it as one side as creativity and the other just code and computer programs. It’s actually about being innovative on both sides,” he said.

Spanier described the “bit” between the two as the “mushy middle” or push marketing. “And I think push marketing has failed,” he added. “You’re seeing the traditional media planning and buying and traditional uses of technology is not working, if it ever worked that well at all.

“What we’re seeing now is code and custom coming to the fore in creating interesting and engaging programs and that’s exactly what we’ve been doing at Google.”

Naturally, Spanier said technology would continue to do phenomenal things and if the gadgetry and programs didn’t exist now it would be “invented to exist to start solving a lot of these problems”.

“There’s this notion that success looks nice and easy…. but I want to make it very, very, very clear we have screwed up so many times it’s embarrassing,” he confessed, “but that’s okay because at Google we have a culture that celebrates learning from mistakes. And this notion that we have all the answers is completely wrong.”

Spanier added: “There has never been a better time to work (in the digital space) than today. The future is completely open and it’s not a matter of ‘what should we do?’ because there’s no limit to what you can do.