In this guest piece, Ben Parsons (pictured below), founder and CEO of Iconolastic Entertainment, explains why marketers should be taking note of the esports boom. 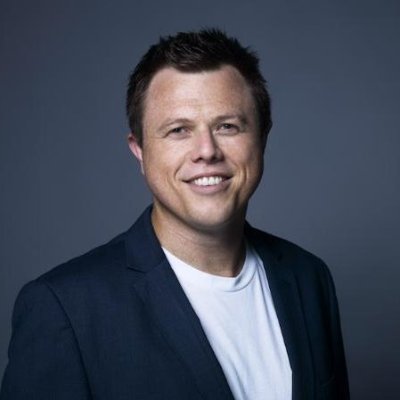 Esports is one of the biggest opportunities in sport right now. I have grown into a massive cheerleader of the potential, and I am not a gamer. Here is what I have learnt.

Esports is competitive video gaming, with tournaments played online and in stadiums where teams of professional players battle each other in a variety of games (yes, people watching people play video games). Like most sporting communities, esports fans are passionate and engaged, but the difference with esports is off the field it has a lot of maturing to do.

My favourite analogy is that esports is to the 40-plus demo what BMX as an Olympic sport is to our grandparents – most of them scratch their heads and say they don’t understand.

Everyone that works in the space understands the scale of audience, the large revenues being earned by the game producers and the passion from the fans. Twitch is the world’s leading video platform for gamers. It is owned by Amazon and has more than 45 million gamers gather every month to broadcast, watch and chat about gaming. There is little understanding of this by the wider community of brands that could be involved in esports.

In five short years, competitive tournaments have graduated from trestle tables in community halls, to being played in world-class stadiums for big prize money and broadcast to tens of millions of cheering fans.

The realisation of just how huge the potential of esports hit me when I attended an event you probably haven’t heard of – IEM (Intel Extreme Masters) in Sydney in May. TEG Live and ESL put the event together, and there were over 5,000 people buying merchandise and cheering for teams. The production made some of our major sporting events in Australia look like a kindergarten show.

Most recently, major international sporting franchises and administrators (such as Manchester City and the NBA) have invested in esport assets and have started creating leagues to capitalise on the growth. Riot, who is a game developer and owns one of the major titles in esports League of Legends, recently announced investors will need $10 million to buy into their USA league.

When LA wins the 2024 or 2028 Olympic games, they have already committed to having esports included as a demonstration sport to connect Millennials to the Olympics. Yes, people will win gold medals for esports within 10 years.

Domestically, the road has been less travelled but is starting to show signs of life, with the Adelaide Football Club entering into an agreement to acquire a professional esports team and Twitter announcing they will stream a recent Riot competition. Some people who have worked in Australian sports administration like Rohan Sawyer and Dave Harris have invested or created teams to compete.

Three media companies and two major sport administrators are currently looking to invest heavily into esports by starting leagues and/or teams, which will help bring maturity to the sport. Esports should welcome these new partners with open arms because they will provide much-needed structure to administrating teams, introduce new brands to partner into esports and provide athlete welfare and management.

Esports is already big business and is at a tipping point. It presents brands with a window of opportunity to build long-term associations and assets at relatively low entry cost. Esports already has the engaged audience and great production values via the game producer, which provides important ingredients for this to explode.

Esports is a untapped gold mine to engage Millennials.

The Ministry of Sports Marketing conference is on Tuesday 18 July and will host an esports panel that will provide details on how your brand can innovate through this channel. To grab your ticket to the event, click here.