Australian marketing agency Enero Group announced its results for the half year ended December 2018, and the numbers show a strong upward trend.

Enero Group CEO Matthew Melhuish said of the results: “We have made a great start to FY2019 with strong numbers across all our key financial metrics in all markets.

“Most pleasing was the achievement of 15 per cent organic revenue growth, excluding the impact of acquisitions, along with the number of new client wins in the first half.

“We continue to build digital and data capabilities across our pillars and we remain ready to invest further through acquisitions in our international network, already representing over half of the Group, where larger growth opportunities exist”. 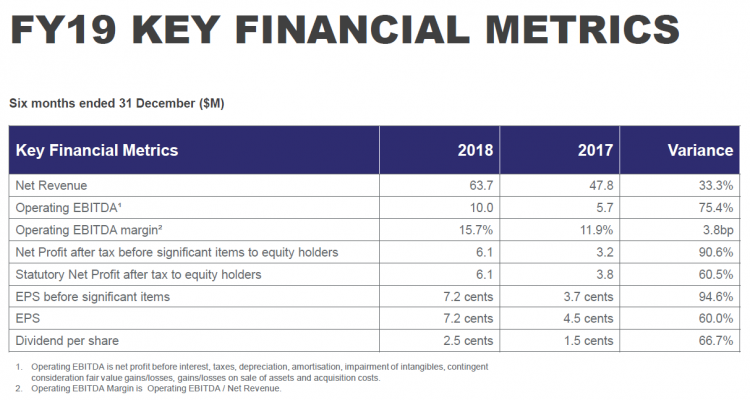 In line with these results, Enero has revealed a new company logo (pictured at top of page).