The editor the UK’s influential Gay Times has been sacked by his bosses following a series of demeaning, racist and homophobic tweets from far back as five years ago.

As reported on B&T last week, Josh Rivers had been in the editor’s chair for less than a month when the unsavoury tweets resurfaced forcing his bosses to suspend him immediately.

However, it was reported over the weekend that Rivers has now been sacked “with immediate effect”.

One of Rivers’ tweets read: “Was so close to casually asking this chav to keep her incested, down syndrome, retard children quiet. But I just switched carriages. #xmas”. 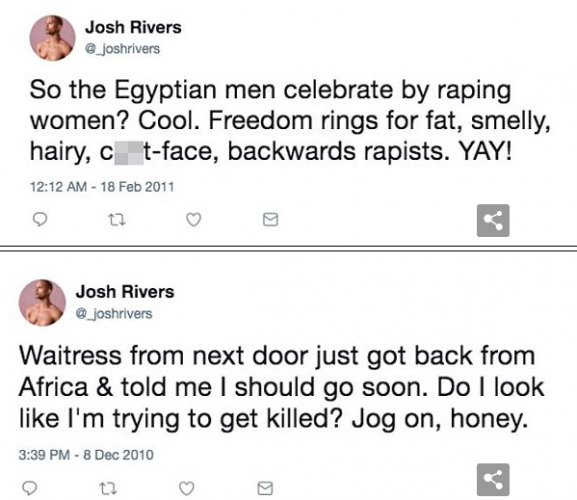 And another: “The creepiest gay men are short, old Asian men with long nails. Fact.”

One antisemitic tweet read: “I wonder if they cast that guy as ‘The Jew’ because of that fucking ridiculously large honker of a nose. It must be prosthetic. Must be.”

In a statement posted to social media, Gay Times management said of Rivers’ termination: “After an investigation of the facts surrounding historical tweets by Josh Rivers, the newly-appointed editor of Gay Times magazine; we announce that his employment has been terminated with immediate effect.

“We sincerely apologise for the offence that has been caused, particularly to those members of our wider community to whom such inappropriate and unacceptable commentary was the focus.

“Gay Times does not tolerate such views and will continue to strive to honour and promote inclusivity.

“Gay Times magazine will relaunch on 30 November, with what is quite possibly the most significant overhaul in its 33-year history.

“All articles written by Josh Rivers have been removed, and the new-look magazine will feature submissions and significant contributions from the far reaches of our wonderful and diverse LGBTQ community,” the statement read.

Rivers has since apologised for the tweets that date back as far as five years and said he was going through a “deep period of self-loathing” when he wrote them.

“The tweets are horrible. They are abhorrent. They are ugly,” Rivers said in the apology.

“They are so hateful. These tweets from my past show a deep self-loathing that I’ve worked hard to overcome. I have long taken steps to address the issues that prevented me from treating people with the respect and kindness I value so dearly now.

“It is because of my past and my own awakening that I’ve since pivoted everything in my life towards supporting and empowering our community. It is upsetting that the damage I caused before has now resurfaced to cause more pain.

“I hope we can use this as an opportunity for growth, for healing, for moving forward. As evidenced by my own example there is so much work to do,” he said.