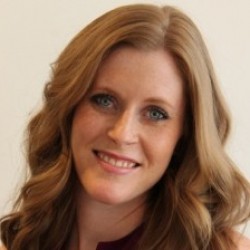 
Optus gave Blues and Maroons supporters a megaphone for their lounge-chair commentary during Game II of the State of Origin thanks to content marketing agency Edge and production and content partner Kontented.

The ‘YES Origin’ concept, a real-time marketing campaign on behalf of Optus, was built upon a simple premise – for fans to voice their thoughts on the game by having their tweets broadcast on giant banners displayed by the crowd. Images and video were captured of the unfolding action and fed back into social channels, prompting users to speculate on what exactly was going on at the game.

The catch was that the entire stunt was staged at the nearby empty Olympic Hockey Centre and made to look like it was happening among the throng of 84,000 State of Origin fans. Watch the video:

Engagement was bolstered by the introduction of random crowd fun – beer cup snakes, a streaker and participation by policemen – helping prompt a series of ‘Are you for real?’ reactions among social media users.

Edge executive creative director Matt Sterne said it was an opportunistic content idea that required them to think outside the stadium to pull it off.

“We made it look like what was going on in social media was actually occurring at the game, when really it was right next door in an empty stadium,” he said. “The beauty of the idea was that we weren’t even there.”

The bespoke campaign was designed as a way to ‘hijack’ last night’s game and celebrate the Optus motto Yes!. By giving fans a voice beyond the Twittersphere and right into the game in real time, Optus provided fans – and a global audience – with a unique voice.

“The essence of Yes! is giving people that ‘yes moment’, such as when your team score an amazing try, and helping them to feel inspired in all they do,” she said. “The ‘YES Origin’ concept was the perfect opportunity for Optus to give a voice to its customers and fans of the game. It was also a chance for us to have fun and at Optus, we believe in having fun with our customers.”

Edge group account director Andie Tickner said the project had been a collaborative approach from the start.

“The partnership between Edge, Optus and Kontented enabled us to turn a good idea into a great idea,” she said. “We brought the passion and commentary into a live, real time environment – the fans loved it and so did we!”

Edge head of strategy Richard Parker said the work embodied a natural development for the agency.

“Edge is building on its content specialism and strong social media credentials to move into real time: delivering content that is contextual, specific and relevant and amplifying it with targeted and agile paid media,” he said.