The Worner shenanigans aside, the talk of 2017 thus far has to be the coming together of creative and media – no more so than when M&C Saatchi shocked everybody and bought media agency Bohemia in mid-February.

However, one brand that’s brought both under the one roof with apparent and raging success is Diageo Australia, whose liquor brands include the venerable Bundaberg Rum, Johnnie Walker and Smirnoff.

(Diageo Australia’s creative is done by Leo Burnett Sydney and the agency will guest edit the next “innovation” issue of B&T due out in March/April.) 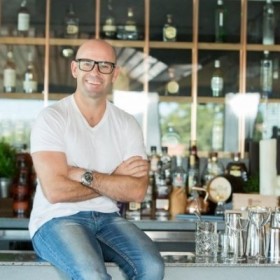 According to Diageo’s CMO, Adam Ballesty (above), a lot of brands talk about the myriad of problems of having media with one agency and creative with another but the notion of merging the two simply ends up in the too-hard-basket.

“The CMO of Telstra (Joe Pollard) recently said she wished that media and creative would talk more, there’s too many people around the table…  but it’s not hard and we’ve shown that, we’ve done it and it’s working its socks off,” Ballesty said in a recent talk to Leo’s staff that was attended by B&T.

“We have a very different agency model and it’s been about bringing media and creative into the one place, that’s innovation in itself, although it’s actually a really old idea.

“And that’s allowed two things to happen. One: it creates a confidence in the team because there’s only one conversation going on, there’s less people in the room. And two: it gives your team confidence and there’s no doubt that it builds their capability,” Ballesty said.

Arguably Diageo’s biggest brand is Bundaberg Rum that competes in the ultra competitive spirits segment. Ballesty said it’s not “just about making an ad” for Bundy, rather it’s about “amplifying the brand’s purpose”.

He added: “It’s making sure that the ad lives beyond just the relationship you (a consumer) has with it on a screen. How are we adding utility to the end user? How are we making Bundaberg an important part of Australian life?

“Bringing media and creative together has just changed the whole conversation in the room and the room is just a lot smarter than it was. It’s incredibly smart, it’s incredibly brave and we’re not just sitting back hoping, we’re actually creating and that’s absolutely phenomenal.