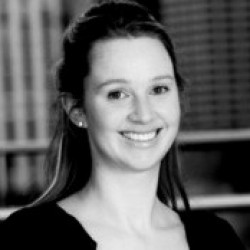 Last year, 6646 DAN staff across the Asia Pacific participated in One Day for Change, giving over 33,000 hours of their time to local communities.

The staff at DAN in Australia and New Zealand have partnered with more than 40 charity organisations this year, supporting a variety of causes.

In Sydney, Carat, Amplifi and AMNET joined forces to fundraise for the Sydney Children’s Hospital with a Great Bake Off. Nationally, Posterscope took to the streets to raise money for the Starlight Foundation.

In WA, all DAN staff spent the day at St Vincent’s, building beds and making up emergency packs for children displaced by domestic violence and homelessness.

In New Zealand, DAN will support long term partner the Graham Dingle Foundation, hosting a day of workshops for students in need.

DAN staff across the trans-Tasman will take part in many more initiatives as part of One Day For Change.

Simon Ryan, chief executive of DAN for Australia and New Zealand, said: “I’m very proud of what we have achieved with One Day for Change this year, and beyond this, the time and energy that many of our people donate to the community on an ongoing basis.

“With upwards of 1900 staff in Australia and New Zealand, we can collectively have a huge and positive impact by joining forces for good.”

Rob Hughes, chief executive of DAN for North Asia and executive sponsor for CSR, said: “We cannot deny that while the digital economy promises huge benefits to society, there is also significant concerns that these benefits will be enjoyed by a few and not many.