Since the federal government’s Workplace Gender Equality Agency (WGEA) was set up in 2012, all companies in Australia with 100 or more employees (not FTE, but all headcount) must lodge an annual return, answering an extensive list of questions about headcount by gender and policies, procedures and gender pay gap analysis results.

The aggregated results for the publishing and broadcasting industry paint a sadly predictable picture about gender inequality in this female-dominated sector in Australia.

B&T signed a confidentiality agreement before gaining access to this information, right down to company level. We may only report at industry level.

A Chinese proverb says that a fish rots from the head down. Fewer than one in 10 full-time permanent CEOs or heads of business who lead publishing and broadcasting companies in Australia are women. It’s a man’s world up there.

Statistics also show that just one in six chairs of publishing and broadcasting company boards are women, while under one in four board members are women. Gender equality advocates say that men and women should make up at least 40 per cent each of any role.

The further down the management structure you go, the higher the proportion of women. So, by the time you get to “senior managers” at 38 per cent and “professionals” at 44 per cent, gender equality in terms of numbers is around the magic 40 per cent level. Women make up 74 per cent of administrative staff and 61 per cent of sales staff.

The vast majority of companies have formal policies or strategies to support gender equality across a range of activities: recruitment, promotions, training and development and flexible work arrangements. However, only 19 per cent of them have gender equality KPIs – where responsibility to turn policy into action is the responsibility of a particular role.

When only 30 per cent of broadcasting and publishing companies have policies that include objectives for pay equity and just 40 per cent of them have done a pay gap analysis in the last four years, the only conclusion an outsider can come to would be that there is just a lukewarm interest in this issue.

B&T is running The 3% Conference Australasia on Thursday 31 August. This movement started in the US and was so-named because only 3 per cent of executive creative directors were women. But this is bigger than just ECDs – it’s a major issue right across the advertising, marketing and media industries in Australia.

We’re looking for male and female leaders who will join us to change the ratio of women at the top and close this unacceptable gender pay gap. 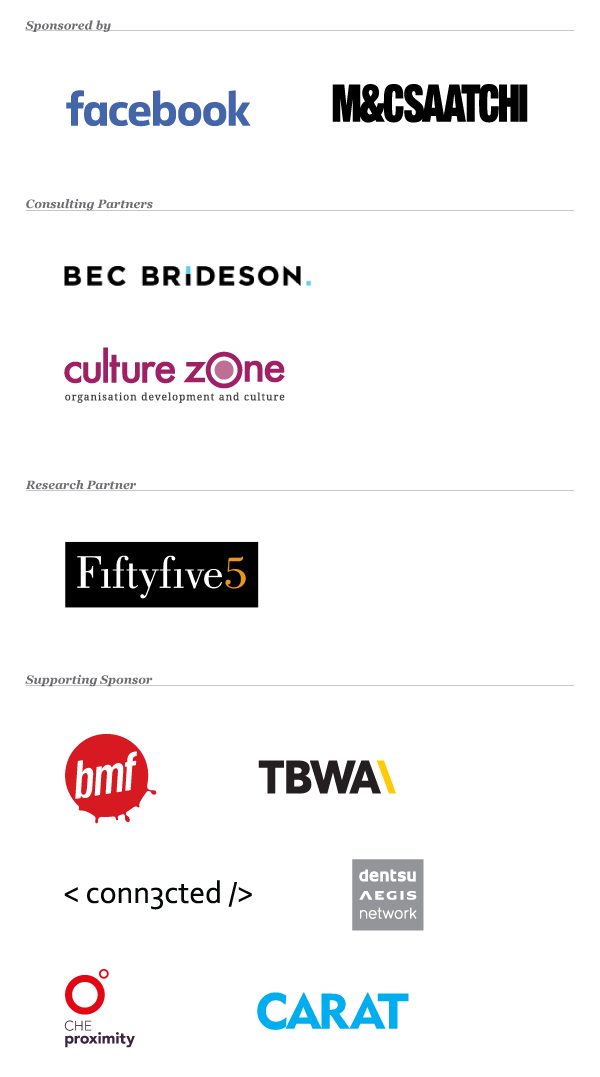