Channelzero’s Dan Machen (pictured below) is B&T’s man on the ground at this year’s SXSW. Here’s his day four report that, admittedly, does come with a bit of a bee in the old bonnet…

Something interesting is happening.

True to human nature, people come to SXSW, get really excited, then tired, or bored, or angry. Or all of the above.

Then they start to hate on SXSW and the people that come here. It’s ‘jumped the shark’, attendees are all w*nkers etc. etc. 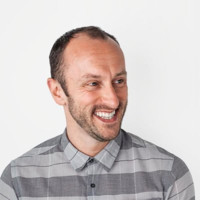 And that’s fine – opinions are like heads; most people have one.

However, what I’d encourage the naysayers to do is to dig up their curiosity. There’s still gold there – you just have to move it out of the junk folder.

We’re not all ‘Technorati’ fat cats that come here. I’m paying for myself, supported by the generosity of friends and shareable US food portion sizes.

I choose to come here because there are people here who know more than me. It puts an oxygen mask on me for ideas that lasts for 12-24 months.

I love that – it’s vivifying.

To say sweepingly SXSW is all BS is possibly fishing for soundbites? Or attention? Maybe both? Or perhaps, it’s just because people find contrarians more interesting – a psychological fact.

It reminds me of the famous park scene in Good Will Hunting where Robin Williams’ character says to Will, “I thought about what you said to me the other day, about my painting… …but then something occurred to me and I fell into a deep peaceful sleep and haven’t thought about you since. You know what occurred to me? You’re just a kid. You don’t have the faintest idea what you’re talking about.”

I’m 45. But I still strive to remember and embrace the quote above daily. I lean into new conversations – it might be at South by, it might be on the bus in Sydney. It might be living in India, with Tibetans in exile.

I’m curious to know what I don’t know. Or share a perspective that might reframe or recolour my opinion.

So, that said, let’s talk about someone I saw today who knows a lot more than me. That I suspect, might have some interesting perspectives.

If you don’t want to read on, please don’t… Embrace what brings you authentic joy instead. No worries.

Today’s talk that I found inspiring was by the CCO of Publicis Groupe – Nick Law (main photo). His keynote was Creativity in the Age of Invention

Nick has been there done that. After over a decade at RGA working on – amongst other things the NIKE+ band – it feels like Nick has some of the answers. Nick’s a legend.

Many people talk about the need for empathy in service design and the need to “humanise tech”. But, they don’t then offer ways of doing it. They don’t know how to, and to be fair, it’s a big ask.

For one of the first times I’ve seen in Austin, Nick Law highlighted the problem we face and then went on to suggest some of the answers. Nick said we need to shift fighting styles to cope with what’s going on now. It reminded me of the infamous crane kick at the end of Karate Kid. A great response to Cagencies, ‘sweeping the leg’ of creativity.

Law went on to say creativity organises around technology. In the mad men era it was dissected into serialised chunks around TV. Then the web came and then “the web ate storytelling”. Nick added that when he was in RGA, they were like “f*ck advertising” – focused instead on building pucks ahead of the hockey gameplay.

Law encouraged brands and agency folk to stop being ‘digital jihadists’. The way to navigate the future is to perceive it as a story of Sympatico systems. It’s how we unite systems creatively that will define the future value opportunity.

The real way to judge a ‘big idea’ is by output value. What are you building? What are you making possible – that might have value to a client in two years’ time?

Law said we must fundamentally reimagine the creative engine away from the atomic team structure of Bernbach’s time and use proper strategic thinkers to reorg agencies entirely. Make them modular. We need to think about how we unite the storytellers and experience builders – as stories are the doorways to human behaviour. We must have the storytellers meet the experience teams to achieve true creative potential and value.

And tellingly. Law said creatives are not qualified to know when to bring in other experts. We need agency leadership that is tangential to that to bring the right people together. But that does not mean agencies run by the math men alone. (Or even men alone!) It’s like Rory Sutherland said brilliantly of modern agencies “Working in the advertising industry today, one increasingly feels like a man who’s turned up at a poetry festival only to discover that every talk is about bookbinding.” Efficiency does not equal effectiveness.

Law closed by saying, “the industry is in crisis and in times of crisis, the product people need to lead again – like Steve Jobs at Apple.” We must master the new mediums, become fluent, then create new mediums.  Like Bill Bernbach, build your own company to deliver on a new vision. Create value the client will need six months from now.

I can see why Publicis Groupe hired Nick Law. I went into his talk thinking ‘this guy’s going to be an egotistical Don Draper. I’m going to dislike him’. I was completely wrong. By leaning in, really listening and embracing Law’s experience, I felt like I really learned something.

I fought the Law, but the Law won. A lesson for us all perhaps, striving to be creative in an age of lawless invention.