Crust Pizza is ‘mixing it up’ with Australian electronic music duo, Peking Duk, to bring beats to the streets in a new Outdoor campaign featuring ‘playable’ JCDecaux Citylights and StreetTalk posters.

The playable Citylights and StreetTalk panels are located in high pedestrian, high dwell time locations in Sydney, Melbourne and Brisbane ensuring the campaign ‘makes everyday moments more delightful’ for commuters and pedestrians, throughout the day.

“In a JCDecaux first, the printed posters themselves are interactive,” said Alan Klein, Head of Creative Solutions, JCDecaux. “It’s been exciting to see our posters come to life using technology that definitely takes them ‘out of the box’.”

Zoe Jacovou, Marketing Manager, Crust Pizza said: “Crust is excited to extend our Peking Duk collaboration into out of home by featuring the DJs’ unique sounds in a first to market interactive street campaign.” 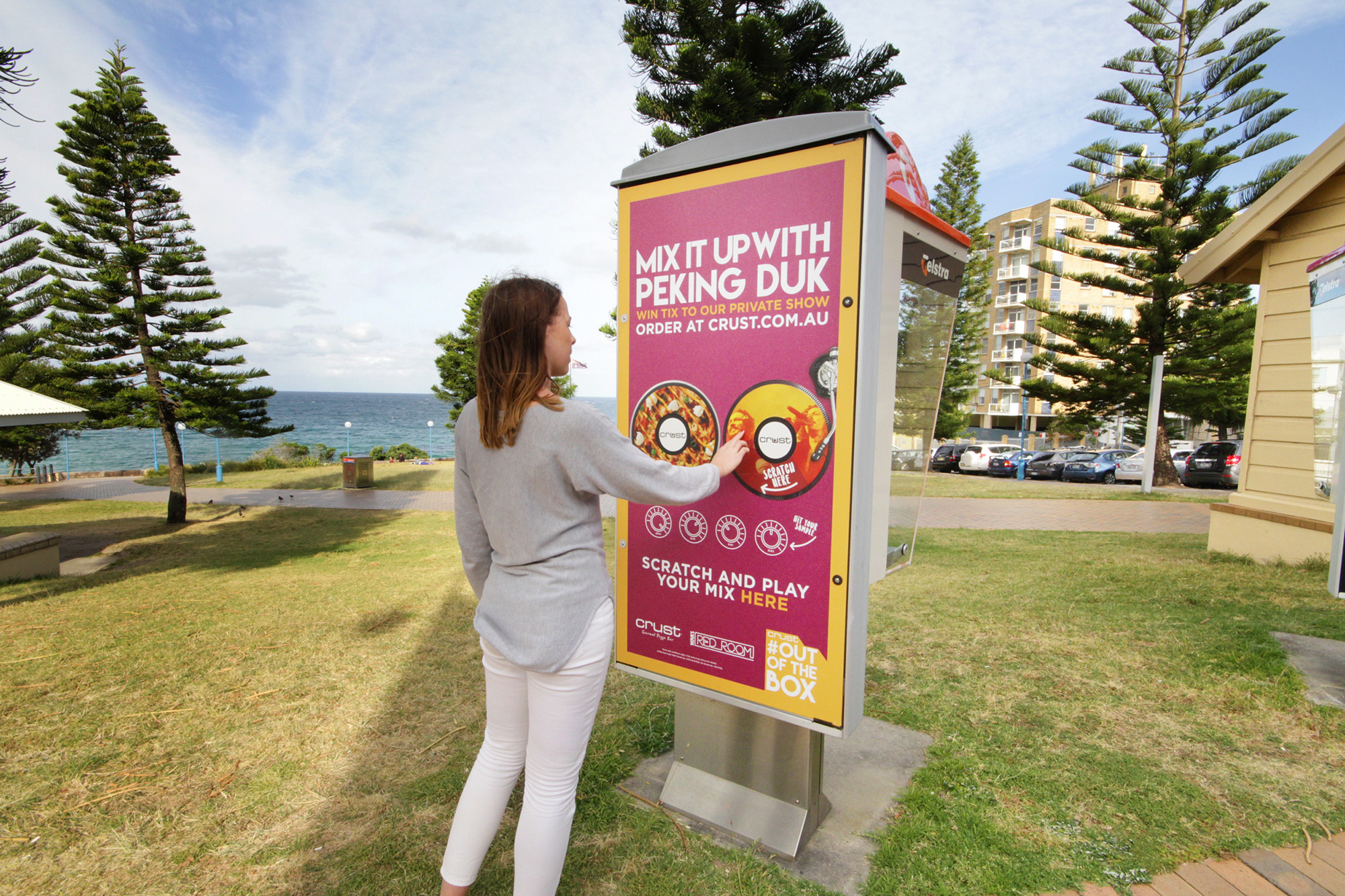 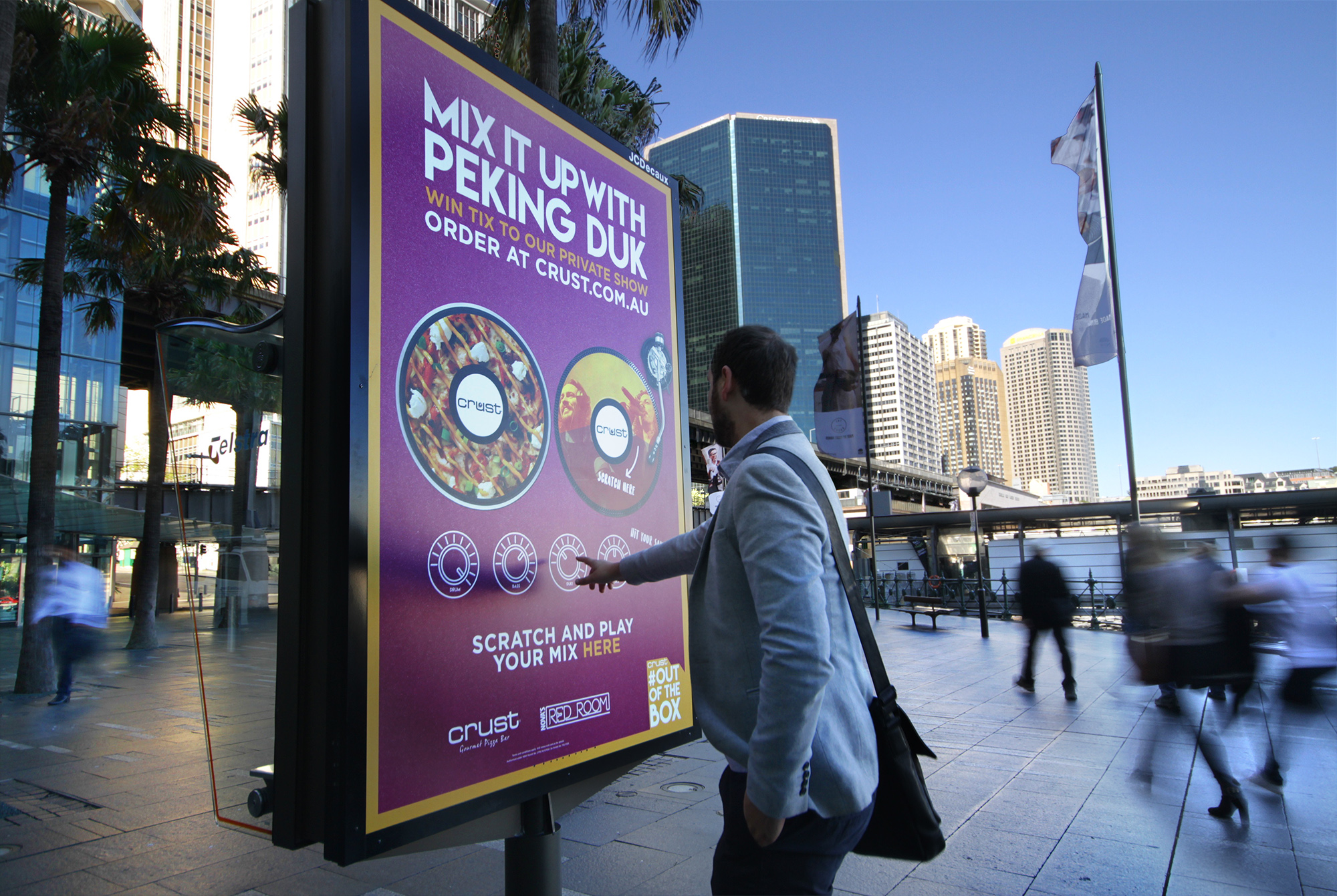 Fans of Crust and Peking Duk will also have the chance to win invitations to Peking Duk’s upcoming performance at Nova’s Red Room: ARIA Edition on Thursday 17 November by purchasing any of Crust’s gourmet pizzas online between Monday 17th October and Sunday 13th November or by tuning into the Nova Network nationally.

The playable posters are live in high-pedestrian CBD locations in Sydney, Melbourne and Brisbane from Monday 17 October – Monday 31 October. A second burst will run from Tuesday 8 November – Monday 14 November.