Dr Matt Cullen, MD and CEO of Tonic Health Media (pictured below) gives an insight into the legacy of routine when it comes to media spend and how out-of-home can deliver a more refined audience in a more refined way.

The media industry continues to shout about the importance of contextual relevance when it comes to grabbing digital audiences. The funny thing is, agencies often overlook the opportunities presented for place-based out-of-home media to deliver the same engagement in physical environments.

Traditional media will always have a place on budgets, that’s not in contention. TV, radio and print are solid channels that work for broadcast and limited targeting, and agency spend with these channels will remain strong. What’s also not up for debate, is that these channels’ audiences are shallowing out, and fragmenting. The surety around when and where these channels will get consumed is diminishing. While they’ll always be great at building brands, their capacity to catch an audience in a predefined moment-in-time (or context) is not what it once was. 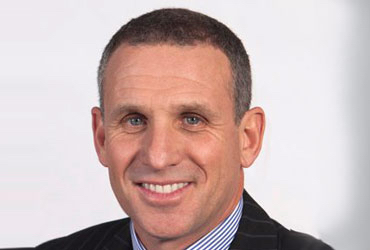 The issue is the legacy of routine when it comes to media channel spend. TV and radio alike still attract a certain percentage of dollars, arguably because ‘that’s the way it’s always been’, and just like digital and especially programmatic are giving the industry pause-for-thought about these practices, the same is happening with out-of-home.

Traditional channels still attract a certain percentage of dollars, but just as we have seen with the rise of digital and latterly programmatic’s impact on TV, Print and Radio, the out-of-home industry needs to consider how it can deliver a more refined audience in a more refined way.

The out-of-home industry is enjoying a much-publicised boom at the moment, posting strong growth for the past 7 years. According to Nielsen, Out-of-home media spend in Australia topped $679 million in 2015, up 2.4% YoY. Recent OMA figures show out-of-home finished 2016 with a 15.8% increase in growth, taking the industry’s net media revenue to a record high of $789.5 million, up from $682.1 million in 2015. In January this year, the industry posted an 11.6% revenue increase from the same month last year.

Much of this spend is being chewed up by the broadcast networks, JC Decaux, Adshel and APN. I think there’s a good argument that prevailing doubt about how to actually reach people in a modern world is fuelling the renaissance. Agency buyers and planners are spending more with out-of-home because the audience is unquestionable. People move around. People go places and see things. It’s more intuitive than wondering if the audience looked up from their phones during your TVC, or if anyone stopped to actually look at your Mrec while they scrolled through the news.

It’s where this traditional and digital doubt creeps in, that the opportunity for targeted, place-based out-of-home communications begins to make its case. Contextually relevant out-of-home is one of the most exciting sectors of the game, simply because it melds an obvious audience consideration set with an actual concrete audience. Think gyms, airports and health settings. These contexts offer an audience where their mindset is much less up-for-debate than other media channels.

What’s on offer is intuitive cut-through, and less doubt. It’s worth remembering that location is one of the strongest indictors of intent and mindset. Out-of-home is the only medium capable of certifiable contextual relevance, and place-based media offer the kind of bankable consumer mindset that traditional, and even digital channels can only dream of.