Last night’s Commonwealth Games closing ceremony has been universally panned for not focusing on the athletes, being full of tedious politicians’ speeches, while the entertainment has been likened to a bad Australian Idol reunion more akin to “Carols In The Domain”.

Interestingly, it’s been the official broadcaster, Channel Seven, that’s led the chorus of criticism. Although the broadcaster ran an episode of My Kitchen Rules instead of vision of the athletes entering the stadium apparently due to contractual arrangements with organisers.

At the ceremony’s finale, Seven’s hosts Johanna Griggs and Basil Zempilas, laid into Games organisers and the ceremony itself. 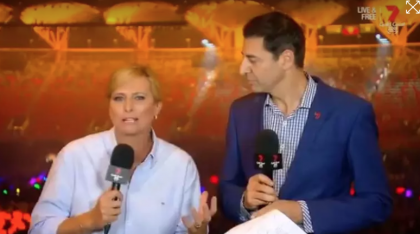 Griggs said half the stadium had emptied during the lacklustre ceremony and most of the athletes had left through “boredom”. The entertainment itself was described as an “epic fail”, with viewers overwhelmingly agreeing with the outraged TV hosts.

Zempilas said: “We understand many people have been disappointed by tonight’s closing ceremony… it hasn’t really lived up to expectations.”

Griggs added: “I’m sorry, you’re being way too polite. People are thinking that Channel Seven has chosen not to show pictures of athletes or not to show the flagbearer, Kurt Fearnley, or other flagbearers.

Zempilas also pointed out the speeches from the dignitaries dragged on for “way too long” and were “self-indulgent”.

Meanwhile, David “Kochie” Koch continued the attack on Seven’s Sunrise this morning. In a live interview with Commonwealth Games boss Peter Beattie, Koch asked the former Queensland Premier: “It was such a magnificent Games, how can you stuff up the closing ceremony?

“Every other closing ceremony the athletes have been involved, they are the star of the show! It seems like it was put together by some arty-farty entertainment director.”

Earlier, Beattie had tweeted an apology admitting that not having the athletes “come in to the stadium in the pre show meant the TV audience were not able to see the athletes enter the stadium, alongside flag bearers. We got that wrong”.

He added that the speeches were “too many and too long” and admitted that he should not have spoken. “I was part of that and I acknowledge it. Again, we got that wrong”.

Unsurprisingly, viewers were quick to vent their anger over the dull entertainment and the absence of the the athletes from the broadcast. 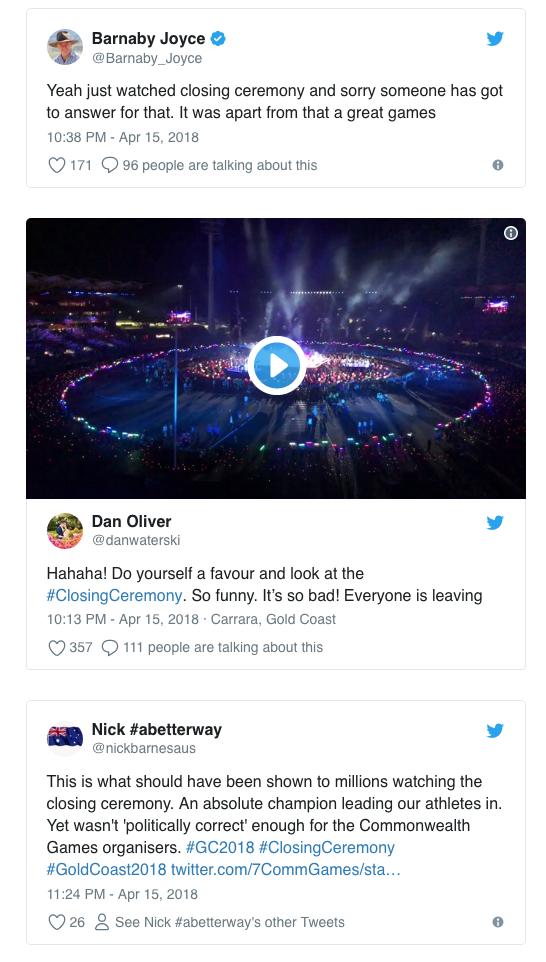 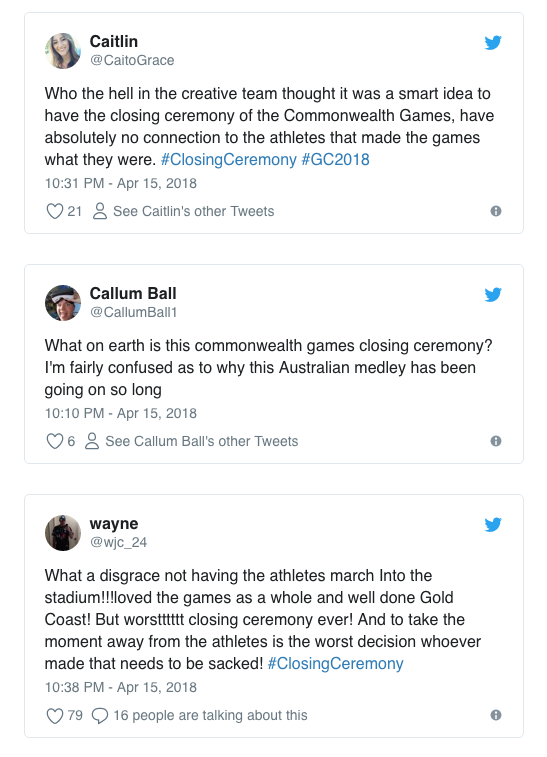