Rose Bryant-Smith (pictured below) is a director of workplace advisory firm Worklogic and co-author of Fix Your Team (Wiley). In this guest post, she says toxic work environments are commonplace and offers some top tips to cure yours if it’s plagued by staff nastiness…

Just listen to the conversations around you on public transport or the pub, and you’ll not be surprised to learn that unhappy workers and dysfunctional teams are common in Australian workplaces. In 2016. research by Dr Lindsay McMillan found 14 per cent of workers described their workplace environment as ‘toxic’, and 20 per cent had experienced major problems in communication with a co-worker or boss. A massive 50 per cent of Australian workers have experienced one or more serious incidents of conflict or other negative conduct at work. 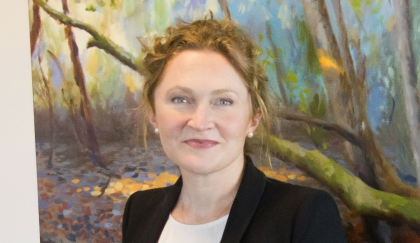 Problems in team functioning reduce productivity, divert management attention and drive good staff to leave. After all, why would your best performers tolerate a toxic or underachieving team, when they can thrive elsewhere?

To avoid all this wasted effort, additional costs and heightened risks, leaders and managers must be able to understand the causes, spot the signs of dysfunction early, and take action. Here are the most common causes of team dysfunction, from the micro to the macro.

If these causes are familiar to you, or you’re already grappling with conflict, misconduct or an undesirable culture in your team, don’t panic. There are effective interventions that managers and leaders can take to get the team back on track.

Conflict should be addressed in an honest and sophisticated way. The team’s manager, a Human Resources manager or a consultant can facilitate a team discussion or hold a mediation between two warring employees. These processes enable individual employees to understand better each other’s perspectives, identify the ideal future state and guide them to design the ground rules for how they will work together in future.

Although you can’t teach emotional intelligence to those who inherently lack it, consider offering training to the team in how to have difficult conversations, give negative feedback reasonably and respectfully, and intervene when they see poor conduct in the workplace. These interpersonal skills are anything but ‘soft’: they will enable your colleagues to check each other when behavioural standards slip.

If one individual is breaching the organisation’s rules and standards for how to behave in the workplace, that person must be reminded of the organisation’s expectations, counselled, supported to change, and – if they fail to improve their conduct – disciplined or removed from the organisation. The alternative, tolerating the toxic employee, costs the average business an additional $15,169 per year (Harvard Business School, 2015), primarily due to loss of valued team members who can no longer tolerate the negative atmosphere that the toxic employee creates. Can you afford to ignore that one employee’s conduct, that is dragging everyone else down?

Address any lack of clarity in how the team should function, by reviewing the organisation’s values and employment policies. Check that the individual team members are all clear about what they are accountable to achieve, and make sure that everyone has a direct manager. Dotted or blurry reporting lines only work for the most diligent, achievement-driven employees, and even they will tire of the confusion.