The world is choking on waste, 80 per cent of the material that now lies in a landfill or in our oceans could have had a new life, if separated and recycled properly in the first place.

Coca-Cola still believes a world without waste is possible.

The company is already doing its part committing to produce 100 per cent recyclable packaging by 2025, investing in collection and recycling infrastructures so that it can get back one bottle or can for every one it sells by 2030.

The following natural step is to also inspire and mobilize citizens to join the sustainable movement. 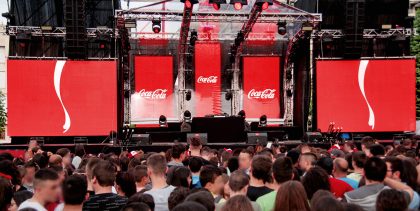 And people are already willing to recycle: they just need a little push.

In fact, research about consumers’ behaviour shows that separate collection goes up by 141 per cent just by making the appropriate bins easier to find.

As the first step, Coca-Cola transformed selected traditional billboards into simple, yet iconic signs that pointed to the closest recycling bins available nearby, putting them in the spotlight for everyone to see.

The minimal design of each sign was based on Coca-Cola’s most iconic visual element, the Ribbon.

To avoid cluttering the city with additional material, each media space was carefully selected on the basis of its potential to put a nearby, pre-existing or new recycling bin in the spotlight.

The campaign, which has already touched a couple of cities in Central and Eastern Europe, is now making its appearance at the Happy Energy Tour, the colossal music event that takes place across the main cities of Bulgaria registering more than 200,000 attendees in 2018. 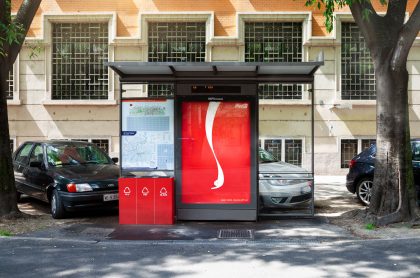 First results show already that the 85 per cent of cans had been collected separately, a significantly higher rate versus the previous year.