Advertise with us
Posted 3 September, 2018

Jones joins the Clemenger BBDO Melbourne team from digital agency Greenfields, where she held a general manager position for two years. Prior to this, Jones held marketing consultant positions for software and e-commerce companies, and was also head of marketing EMEA, global software company SLI systems. 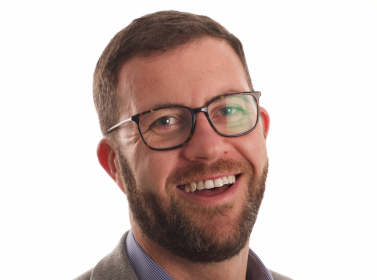 Jones has worked across a variety of blue-chip companies, including Optus, Bayer and lifestyle brands Stella McCartney and Nespresso. She will oversee Belong and NAB’s business portfolio, bringing her entrepreneurial mindset and a wealth of knowledge in the digital space.

Clarke-Groom joins the NAB team from Grey’s London office, where he was based for four years running the global HSBC commercial banking account, Gillette and Greene King Brewery accounts. Alex has also worked at VCCP London running the Molson Coors beer portfolio and JWT London across its financial, alcohol and FMCG brands.

His experience has seen him receive industry accolades at Cannes, Eurobest and The British Arrows for HSBC campaign, ‘Lift’ and Gillette’s ‘Loyalty Pays’. Alex will run NAB’s consumer team and DrinkWise.

Gayle While, deputy CEO at Clemenger BBDO Melbourne, said, “Clemenger is thrilled to have two talented Group Business Directors join the agency and the NAB team, both bringing with them a new set of skills, knowledge and insight.”

Clarke-Groom added, “I’m excited to be joining a team of people that are so dedicated to making the best and most effective work in the world. The decision to move to Melbourne to work at one of the best creative agencies in the world was an easy one.”

Jones added, “I’m excited to be working with a group of smart and driven people who I’ve admired from afar for years. I’m looking forward to further driving digital competencies into the heart of the big ideas across Belong and NAB.”