The Australian Financial Review has released its annual report on Australia’s most innovative workplaces, with CHE Proximity and PHD the only two media companies making the top 10.

CHE Proximity has found itself on a winning streak as of late, making a huge impression at Cannes Lions, as well as being awarded B&T’s Agency of the Year for 2017.

CHE Proximity flew up the ranks from 2017’s Most Innovative Company list, where the agency placed seventh.

PHD has also been collecting a stack of awards, winning more media Cannes Lions than any other network this year and taking home B&T‘s Media Agency of the Year gong last year.

M&C Saatchi topped last year’s list, though was nowhere to be seen for 2018. 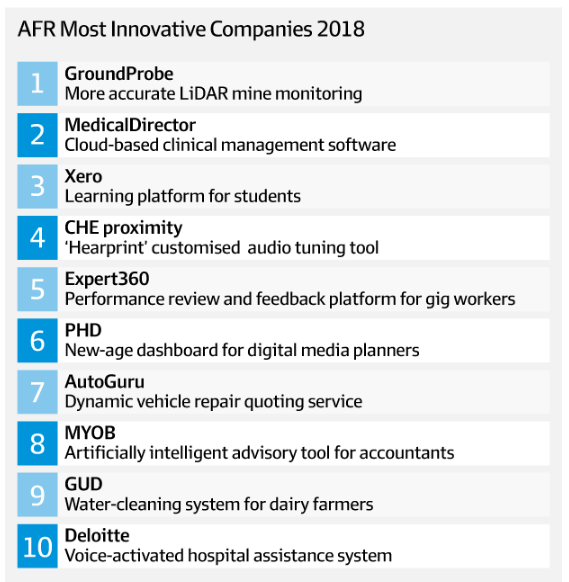 Independent marketing agency Sparro just missed out on the top 10, coming in at 12th on the list, which you can view in full here.