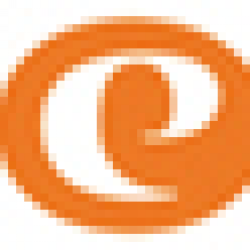 The free app lets kids swipe their way through an ever-changing stream of fun with their favourite characters from hit franchises Adventure Time, Regular Show, The Amazing World of Gumball, Uncle Grandpa and Clarence.

“Cartoon Network Anything is unlike anything we’ve ever designed,” said Mark Eyers, chief content officer for Turner’s Kids Networks in Asia Pacific, including Cartoon Network. “The app is a whole new way to engage our audience, constantly maintaining a high level of suspense of ‘what will come next’. Basically, anything goes!

“Parents can feel comfortable knowing that Cartoon Network Anything is a safe environment for their kids and the bite-sized content has been designed in an innovative way to keep kids engaged by the minute and not by the hour.”

Cartoon Network Anything launches with more than 400 individual pieces of 10- to 15-second content consisting of games, activities, super-fast trivia quizzes and interactive video games. When a user has finished with the content, they simply swipe the screen to move on to the next surprise.

The app is easy for kids to use between other activities with its perpetually updated stream of ‘on-the-run’ content delivered randomly, providing entertainment that feels both immediate and infinite.

Cartoon Network’s New Generations 2015 research revealed that 86 per cent of kids 4-14 are regular app users, accessing six apps a month on average. When it comes to their selections, kids’ mainly choose apps with the intention of watching TV and video content so in response to this finding, Cartoon Network Anything will launch an original animated micro-series created specifically for the app called Mighty Magiswords.

Committed to delivering the best viewing experiences on every screen, Cartoon Network Anything is the next step in Cartoon Network’s mobile expansion and will sit alongside Cartoon Network Watch and Play, the hugely successful app allows users to simultaneously watch their favourite episodes and play games as well as live stream Cartoon Network using a Foxtel login.