Advertise with us
Posted 5 September, 2014 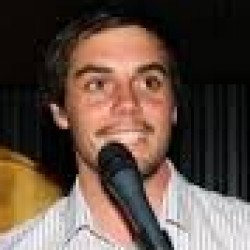 CEO of CarsGuide, Lauren Williams, said: “Carsguide is relaunching within the online carmarketplace. We are excited to work with MediaCom, BWM, and Interbrand who all clearly demonstrated they understood the needs of a modern challenger brand.”

Geoff Clarke, Managing Director MediaCom Sydney said of the appointment, “We are delighted to have the opportunity to work with CarsGuide. As their media agency, we will be striving to increase market share by increasing brand awareness by tackling the perception of the car classified market to make it appear more user friendly and enjoyable for consumers. We are looking forward to partnering with the CarsGuide team to achieve great success and succeed their targets.”

Damian Borchok, CEO of Interbrand, the consultancy which worked with CarsGuide on its rebranding says, “CarsGuide has significant ambitions to transform its business model, disrupt the current market conventions and deliver better customer experiences. We’re very excited to have helped the CarsGuide team build a game-changing brand.”

Rob Belgiovane, Executive Creative Director at BWM, said: “BWM understands that CarsGuide is introducing a next generation business model to the category of online car sales. This evolution needs to be mirrored by an organising idea that inspires staff, customers and stakeholders alike, while also driving immediate site and sales traffic results.

“We are excited to be working with a young, hungry team that understands challenger brand behaviours and look forward to bringing the campaign to life,” he said.

CarsGuide will launch its re-brand in September looking to streamline the process for the consumer, improving the user experience and empowering the customer and disrupting the traditional commercial model to a ‘pay for view’ model, a move sure to keep its dealer network well aligned.