Orange Region Tourism was established in 2017 with a key strategic objective of building one identity and one unified message in order to rectify confusion in the market and strengthen the region’s tourism industry.

Following a competitive pitch process, Canvas Group was successfully appointed to the role of bringing the region together under one unified brand for the first time, in order to build a cohesive marketing strategy with the aim of increasing tourism numbers and driving economic benefits.

Orange360 is being rolled out via a comprehensive marketing campaign, including a new website which allows visitors to easily explore the full spectrum of experiences on offer. 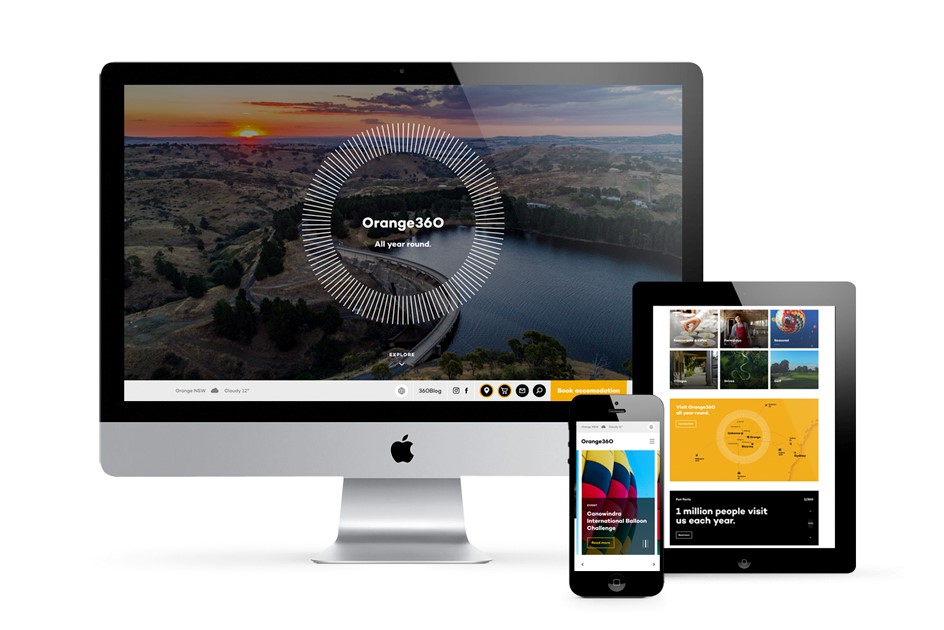 Jorge Castillo, creative partner at Canvas Group, said Orange360 was developed as a destination brand with both local and international audiences in mind, and was inspired by consumer research that revealed using Orange as the anchor in the name resonated strongly with target consumers.

“Whilst the area is geographically much more than just Orange, this city is the gateway to the region and we found that this was the destination that resonated with target audiences,” he said.

“We found that the circle was a recurring theme, from the ‘O’ in Orange to the circle shape that the area forms on the map. We evolved the circle theme into ‘360’ to convey the region’s openness and infinite array of offerings.”

Caddie Marshall, general manager at Orange Region Tourism, said: “This was a very challenging brief, as historically tourism in the region has been branded and marketed separately by each council as well as by external organisations such as Brand Orange.

“It was the first time all three councils and more than 60 representatives came together to agree on one common approach.

“We are delighted with the result and have had extremely positive feedback from other major tourism entities such as Destination NSW.

“Orange360 cleverly encompasses everything that colours our region, all year round. It unifies the people, places and produce that make our region unique under one umbrella for the first time.”