B&T’s columnists from Cannes – R/GA’s Kate Allan and Dane Van Veen (winners of News Corp 2016 Australian Young Lions) – return with their take on day three of the adland love-in. Even better, this blog appears to come with pretty French photos too…

It’s Kate and Dane back again to fill you in on all the action from Cannes. Well, actually, we missed most of the action over the past two days because we were busy competing against 50 other teams for Cyber gold.

We were challenged by the United Nations to come up with an idea in 24 hours that would eradicate gender inequality by 2030. Since the brief was all about equality, we think it’s fitting that we ended up coming equal fourth with 46 other countries.

While we were slogging it out in the Young Lions dungeons, Dane’s girlfriend Courtney Wragg (@thenourishmentco) was exploring the countryside of Provence. 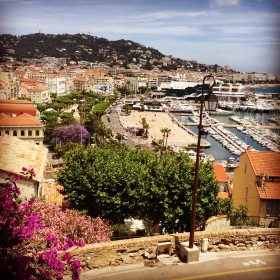 The whole process went pretty much as expected. We stayed up all night working on our idea, decided to scrap it at 8am the next morning, and spent the rest of the day working on something entirely new.

It really was the United Nations of advertising, with every country sitting side-by-side in a cold dark room, working on their own ideas and doing their best not to listen to anyone else’s. The Americans and Russians were fighting over the last scraps of the free lunch. Switzerland couldn’t decide which idea to go with. And Australia was busy turning away anyone who came near our work station.

While we entered our 36th hour of being awake, Courtney meandered her way through medieval villages. 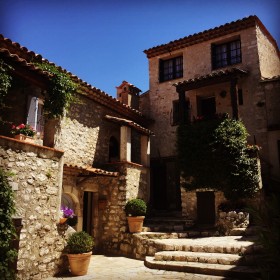 We finally submitted our idea and went straight to sleep for 12 hours, waking up just in time for the winner’s announcement.

“And the winner is… Break The Silence!”

Two teams appear on stage, each having submitted an idea with the same name. Only Singapore is the true winner. The Swedish team awkwardly stumbles off stage.

We may not have won, but it could have been worse.

If you squint and use your x-ray vision, you can see us working.