In this guest post, Georgie Summerhayes (pictured below), CEO of Sydney data agency Stoke, casts a keen over who’s winning the Australian shopping centre social media war. And it appears the Frank Lowy-owned chain is giving all comers a facebook mauling… 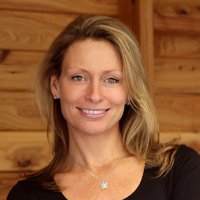 And social media is emerging as a key battleground to attract and retain our custom.

So which centres are using it best?

It’ll be no surprise that the slick Westfield crew dominate the top positions, taking seven of the top ten rankings for brand engagement, as measured by social data specialists BrandData.

But the different Westfields all run their own Facebook and Instagram accounts, and there’s a high degree of variability in their engagement rates. Parramatta and Chermside, for example, are outranking Bondi and Doncaster, which are supposed to be the more fancy ones.

In fact it’s the Westfield in Parramatta which is Australia’s most successful shopping centre in terms of online engagement, according to BrandData’s rankings.

Just as an example, the centre has received over 2,435 reviews on Facebook. Which is huge. Though admittedly, many of them are about the parking. (If there’s one subject on which Australians have strong opinions, it’s definitely parking).

In part, Westfield Parramatta’s success is due to a happy location. The centre’s trade area population is over 665,000 people; one of the largest markets for any mall in Australia, and its 28.7 million customer visits per annum make it Australia’s busiest Westfield shopping centre.

But since BrandData measures percentage of engagement and not just scale, the centre’s large and growing population base cannot be the only explanation for their success, it must also be due to the quality of their material.

Like any shopping centre, they have plenty of stores, so plenty of options for content. Sometimes their posts are as straightforward as “check out our new Dr Boom store, now open on Level 2”, or promos like a free tote bag (“totes amazing!”) or a free tee at General Pants.

But there are definitely people there who know how to engage an audience. In celebration of Mother’s Day, the centre has created a shortlist of six exclusively designed prints to feature as their Mother’s Day gift wrap, and are asking Facebookers to vote on which print should be chosen, all in support of a local charity partner, EarlyEd. That’s the kind of ‘people powered’ idea that social media was invented for.

Their Instagram is no slouch either, with posts about local soccer team the Western Sydney Wanderers, impressively curated fashion shots, and topical items such as a post in honour of Justin Bieber’s 22nd birthday.

The highest-ranked non Westfield centres are Highpoint by the GPT Group in western Melbourne, ranked 2nd, and Chadstone, located in the south-east Melbourne suburb of Malvern East, ranked 5th. Chadstone – Australia’s biggest shopping centre, nay, the biggest in the Southern Hemisphere, with 530 stores, known colloquially as “Chaddy” – describes itself as “indisputably the retail mecca of Australia.”