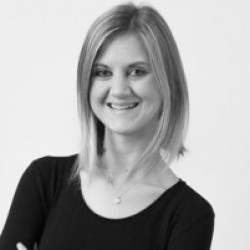 
Robern Menz, iconic South Australian confectionery company, has brought together thousands of pieces of Menz confectionery to create a spectacular art piece and what is believed to be Australia’s biggest lolly mural, that will be on display at iconic locations around Adelaide from July 14.

Phil Sims, Robern Menz CEO, explains the inspiration behind the breath-taking piece, which is expected to be admired by more than 500,000 people across multiple locations, including Adelaide Airport, Rundle Mall and the Royal Adelaide Show.

“The mural is a great opportunity to highlight the entire Menz confectionery range, encouraging all products to share the spotlight with our iconic FruChocs. Plus as a proud South Australian company, we are excited to be displayed at iconic South Australian locations and events,” Phil said.

Originally, the plan was to create an outdoor piece that could be showcased at The FruChocs Shop, but as the project took shape it became clear this was something that we wanted to share with as many South Australians as possible, before bringing it back to the home of FruChocs at Glynde.

“At first, we weren’t even sure if it would be possible” said Out of this World Creative Director, Sputnik. “We knew we wanted it to be really big and that the outdoor medium would give us the perfect opportunity to showcase the Menz range, but as it grew the final result exceeded all of our expectations.”

Unfortunately for lolly lovers they won’t be able to sample any of the tasty treats directly off of the mural, with each piece expertly stuck on with a range of specially developed glues and resins.

“We make lollies that look and taste great” Phil said, “but they are not manufactured to be glued onto a board and be weatherproof! The project has required a great deal of creativity and effort, but we wanted to go bigger and better than anything we had ever done previously and the end result speaks for itself,” he explains.

The lolly mural is part of Robern Menz’ winter campaign, which has previously seen the family owned SA business wrap a full SA tram with the names of every single member of the 6000+ FruChoc appreciation society.

The lolly mural will be on view for the public in the following locations;