SBS and Naked Communications have opened up the public debate on whether marijuana should be legalised launching a marketing campaign for the Insight episode Marijuana – is medicinal marijuana doing good or harm?

Insight, Australia’s leading forum for debate on current affairs and issues, will broadcast the episode on Tuesday 7th October at 8.30pm on SBS ONE discussing the legalisation of marijuana which is currently a hot topic on the political agenda and widely discussed in the media.

Starting today an interactive billboard will be live for six days (30th September – 7th October) in Sydney and Melbourne at Henry Dean Plaza (near Central Station) in Sydney before moving to Federation Square in Melbourne on 5th October. 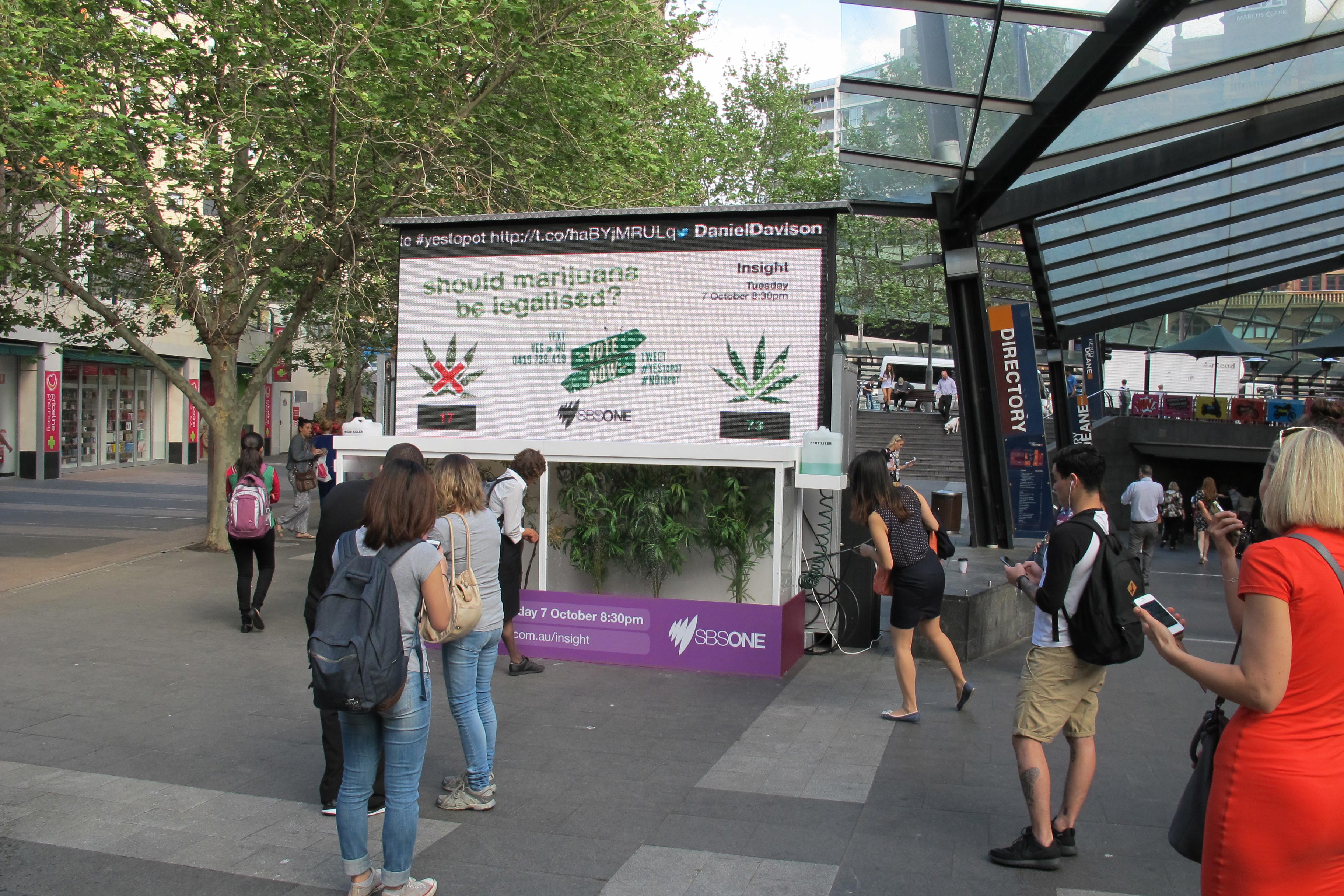 The activation features synthetic marijuana plants growing on a mobile billboard prompting debate and discussion by asking the public to vote ‘yes’ or ‘no’ depending on whether they think marijuana should be legalised or not. People can vote via text, Twitter or via the SBS website.  As people vote the plants will ‘grow’ or ‘die’ depending on the results over the week. The final results will be revealed by Jenny Brockie ahead of the Insight broadcast.

Among the guests in the episode, host Jenny Brockie will speak to suppliers about the ‘science’ behind their ‘miracle drugs’, and the legal risks they face by providing it. Parents and patients speak about their success in using marijuana for a range of illnesses, and their desperation to have it legalised. Brockie also hears from medical experts who believe there’s no proven medical benefit to using marijuana, and that those using it are at risk of mental health issues. 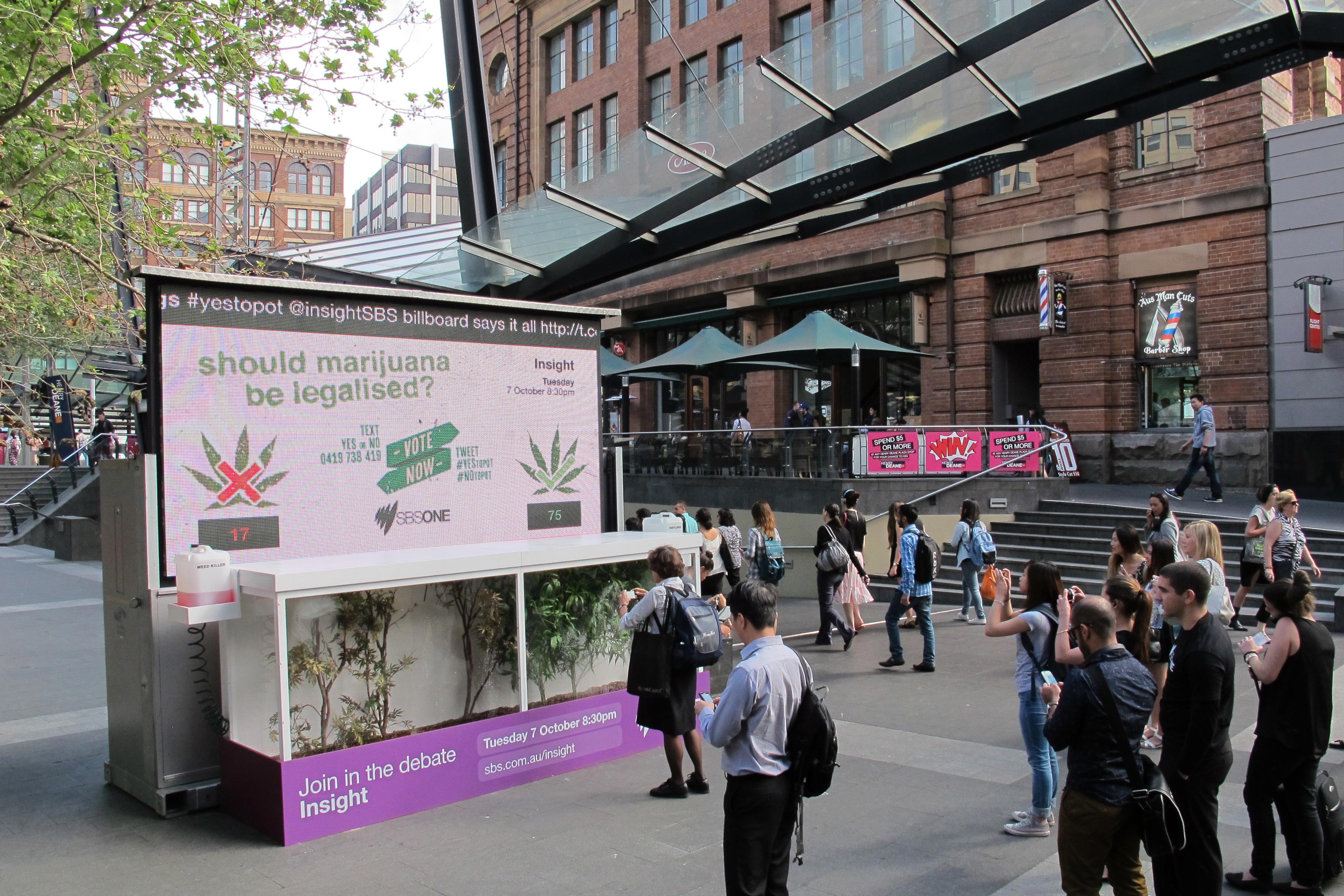 As the prospect of legalisation and clinical trials looms in several states, Insight also asks whether legal marijuana will lead to an increase of recreational use – and just what will happen to the black market.

SBS director of marketing Amanda McGregor said: “The marijuana debate is a hot topic at the moment and SBS is continuing its role facilitating national conversation by reaching out beyond the program and asking Australians to join the debate. The marketing campaign and activation is a creative, cost effective way for SBS to invite audiences to engage with the program about this much debated subject.”

Naked Communications CEO Carl Ratcliff said: “The idea of a billboard that updates in real time via social media and SMS text is such a simple and elegant idea and able to provide live intelligence into an evergreen debate: should cannabis be legal or not?”

The activation will also be complemented by tactical placement of ‘coming soon’ posters on shop fronts in Sydney and Melbourne. The creative sees posters placed on vacant shop fronts advertising theoretical marijuana related businesses such as a Hydroponic Grow Shop or Medical Marijuana Clinic alongside a poster asking people to vote on whether they think marijuana should be legalised. Locations will be active from today, 30th September to 8th October.

The campaign has been produced by SBS and Naked Communications. The mobile billboard installation has been created by Habitat Media.