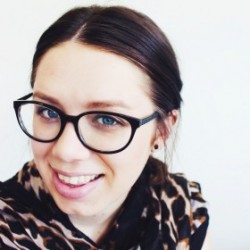 
Australian pizza chain Eagle Boys is continuing to drive its digital marketing platform as it gets set to launch its second online Mad Minutes promotion for the year.

The promotion in March was the first of its kind executed by an Australian quick service restaurant, and with prices as low as $3 for classic pizzas and low priced combos, Mad Minutes marked the network’s highest results in a campaign for the year.

The number of people visiting Eagle Boys’ website in the week of Mad Minutes increased by 50%, online sales raised by 40%, and EDM opening, click-through and conversion rates also lifted significantly.

Eagle Boys’ general manager – retail, Nick Vincent said it is these statistics, matched with emphatic feedback from customers, which encouraged the Eagle Boys marketing and IT teams to plan for round two.

“Eagle Boys Mad Minutes was the first of its kind for our network, and the first time an Aussie QSR company has executed a time-driven promotion like this, and it was very successful,” said Vincent.

“The first Mad Minutes was a chance to see the strength of our IT and marketing systems, and our expectations were exceeded. We successfully managed the onslaught of orders that came in quick and fast.”

Mr Vincent said Eagle Boys’ IT team was being put through its paces in the lead up to the start of this month’s campaign, expected to be much bigger than the first.

“With more people now knowing about Mad Minutes, we expect this to be significantly higher this month and we’re very excited for our customers to push the limits of our IT system. We’re ready.”

Eagle Boys is urging customers to sign up now to the exciting deals in preparation for Mad Minutes, which runs from Monday 18 August to Sunday 31 August 2014.

Mad Minutes will run for 14 days only with the Eagle Boys website showing a countdown until a Mad Minutes offer is revealed, with a timer then showing how long until the deals expire.

A new addition to August’s Mad Minutes promotion is a “product deadline” meaning customers will have to race against others to score the hot deals.

The daily Mad Minutes offers will launch every day at random times, with ordering times varying between 29 minutes and three hours, or until all products have been snapped up.

The crazy Mad Minutes specials are available exclusively online so customers are advised to visit www.eagleboys.com.au daily to see the exciting countdown to when the ‘Mad’ offers will be revealed.

The countdown timer will show customers how long they have to order, or how many offers are left to redeem.

“Although the deals can only be purchased during a limited time, customers can pick up their order from their local Eagle Boys store anytime on the same day,” Mr Vincent said.

Customers are urged to be “quick with their clicks” and order as soon as they see the day’s deals, as numbers will be limited.