Burger King in New Zealand has been accused of racism and cultural insensitivity after running a campaign that showed befuddled customers trying to eat hamburgers with chopsticks.

“Take your taste buds all the way to Ho Chi Minh City with our Vietnamese Sweet Chili Tendercrisp, part of our Tastes of the World range. Available for a limited time only,” a caption for the ad read. 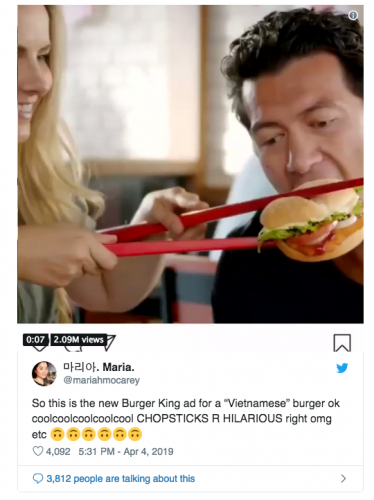 However, the spots have been called out by Korean New Zealander Mario Mo who tweeted sarcastically: “Chopsticks r hilarious right omg etc.”

And it appears plenty of people agreed with Mo’s views. As of yesterday, her post had attracted more than two million views with many people outraged that Burger King management had approved the ad. 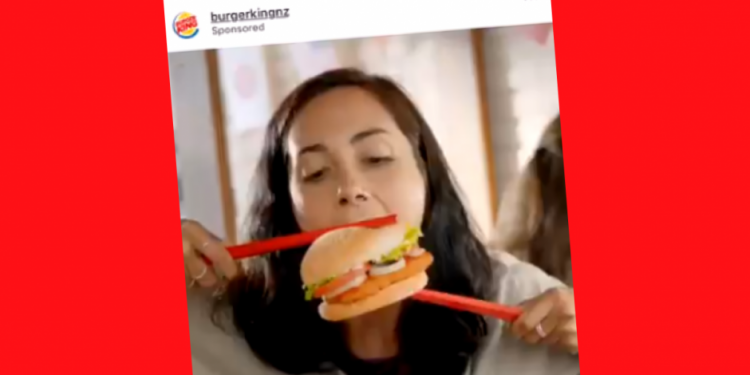 One person tweeting: “Someone make a video of a bunch of Asians using forks to eat sushi or pho with. Make their fork invention look clumsy, primitive and stupid just like how this ad was trying to imply with chopsticks.”

Another added: “Who the hell came up with this? There are a lot of Asian people in NZ, though they probably aren’t getting their Vietnamese food from Burger King.”

In an interview with the Huffington Post, Mo said: “Because I couldn’t believe such blatantly ignorant ads are still happening in 2019, it honestly took me a second to work out what the heck I was looking at.

“[People of colour] are constantly having to deal with microaggressions as well as outright hatred and it just never ends,” she added.