Oobah Butler, the British prankster known down under as the guy who played Channel Seven’s Sunrise by sending his brother to his interview, made an actual appearance at yesterday’s Online Retailer conference to deliver the keynote speech. 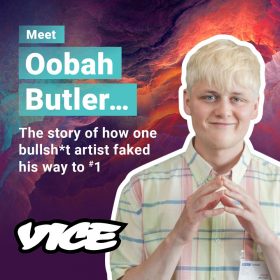 Butler isn’t just known to Australians for his prankster ways. In fact, he’s fairly well known across the world as the man who created the number one restaurant in London, and it didn’t even exist.

Butler’s first job was writing fake reviews on TripAdvisor. “‘Give us 5 stars and we’ll give you a tenner’, they said to me.

“I started to think: how much of this website is fake? And what does it take to get, say, a restaurant listed on TripAdvisor?”

Butler found in order to be listed on the website you needed four things: a name, a number, an address, and a website.

That’s when Butler decided to take things one step further. He’d create a fake restaurant, with fakes review, in order to prove how easy it was to falsify reality on the internet.

He said: “I researched fancy restaurants and unimaginatively came up with The Shed at Dulwich on Friern Road.”

Creating images of his food using shaving cream and dishwasher tablets, he created a fake restaurant based on the shed at the bottom of his garden. Rallying his network to post fake reviews about The Shed, it quickly became the highest-rated restaurant in London, and it didn’t even exist.

The phone started ringing off the hook. People were trying to leverage working in a children’s hospital, being a TV executive, living locally – anything – to secure a coveted table.

Though an elaborate ruse, Butler’s prank serves a real purpose. When it comes to marketing, absolutely anything is possible.

He said: “If I can get my shitty overpriced shed to the number one restaurant in London, anything’s possible.” 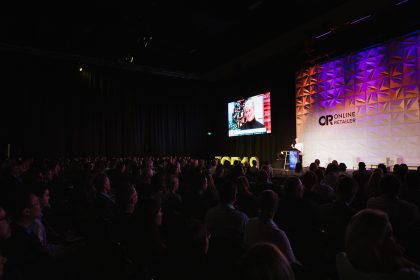 However, it’s also a cautionary tale about the fraudulent behaviour that can and does occur on the world wide web, and the importance of authenticity and honesty when it comes to earning consumer trust.