The report added: “The 57-year-old took to the set on Tuesday in a burgundy cut-out blouse with floral detailing, that was previously worn on the program in early December, last year.” To prove the point, the website even ran these incriminating photographs of said blouse being aired on two separate occasions. 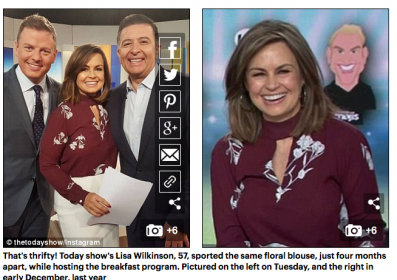 Clearly unamused by the article, Wilkinson took her revenge by wheeling out the same burgundy blouse this morning. See below: 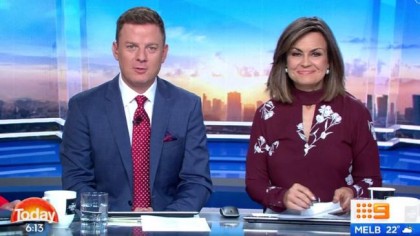 Wilkinson even took to Instagram as she hatched her canny plot writing: “I am soooo busted! Seems I’ve been seen hosting a breakfast TV show in the same blouse “with a strategic cutout above the bust” just four months apart. Like, personally, I’d sack me! #disgracefulhussy #shame #allhellhasbrokenloose #someonegetmeajacket.” 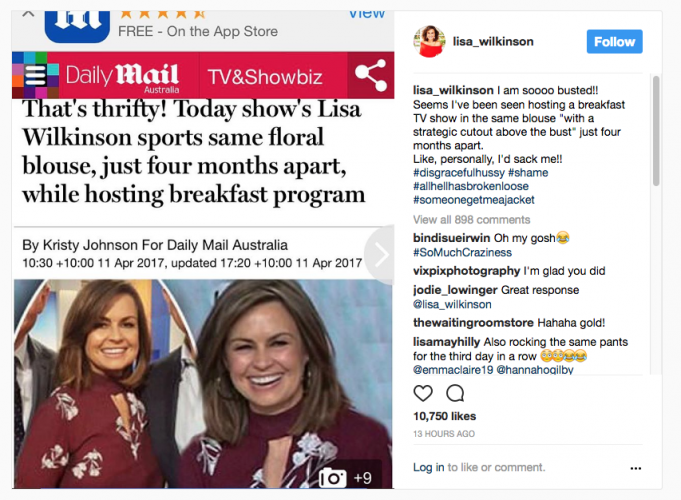 It’s not the first time Today’s presenters’ wardrobes have fallen under the media spotlight. In 2014, Karl Stefanovic allegedly wore the same blue suit on-air for a year without anyone noticing to highlight the pressures women in media have in terms of their looks and wardrobe choices.

While back in January, Nine’s wardrobe department made global headlines over the now infamous “Jaketgate affair” when three on-air personalities all wore white causing host, Amber Sherlock, to go into meltdown.