In this guest post, Alex Peebles, GM Australia & EVP APAC at Perform, says savvy brands using data around sporting events are not only engaging fans but adding to the company coffers too…

The sporting industry is big business and with Forbes anticipating the sector will be worth $US73.5 billion by 2019. Savvy brands are keeping this in mind, always looking for more effective means to tap into and benefit from captive sports audiences. 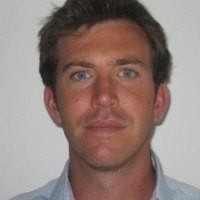 For some time, live and rich data have been omnipresent in the life of a sports fan; whether you’re surreptitiously checking the football scores on your phone at a wedding, glancing at career stats for an incoming batsman on the big screen at a Big Bash game or trawling through historical data to give yourself an edge for a small wager with a betting agency, it’s been everywhere for a while and will increasingly be so.

And for brands, leveraging data and stats in relevant ways is increasingly becoming a high value component in generating returns from relationships with sports teams and events.

On digital platforms, businesses and brands have historically activated and invested heavily in standard and increasingly low-impact display and pre-roll assets. By encompassing sports data, companies can engage with fans in a much more tailored and innovative way.

New Zealand beer brand Tui turned its 2015 ICC Cricket World Cup partnership into an award-winning campaign that created international headlines and changed the way spectators watched cricket. With every carton of beer sold, Tui provided customers with an orange Tui Cricket t-shirt. Fans had the chance to win a share of $NZ1 million if they were captured on camera taking a crowd catch whilst wearing the Tui-branded t-shirt.

Powered by Opta, the world’s leading sports data provider and official data partner of the ICC, Tui created timely social-media led images for fans to increase their chances of catching a ball based on historical batting data. The insights indicated the most likely parts of the ground for that particular batsman to hit a six. For each new batsman, fans would look at player and game statistics to choose where to position themselves. This data-led activity increased crowd engagement, brand recognition and media attention, while the Opta-powered social images created a meaningful way for fans to interact with both the brand and the game. Following the campaign, the Tui brand popularity increased from 11.1 per cent to 12.7 per cent, making Tui New Zealand’s most popular beer brand and Tui sales volume also reached the highest level in two years.

Another recent example of a brand using sports data for activation is Duracell Batteries. During last year’s IRB Rugby World Cup, Duracell Batteries, an official sponsor of the tournament, wanted to build brand awareness and highlight its core values of power and longevity. Aligning with on-field rugby performance a Duracell-branded player index #PowerCheck was developed to measure power and endurance of players, with the initiative specifically focused on how players performed towards the end of matches. Using Opta data the tool tracked performance indicators such as rucks, tackles and carries to create a score out of 100 positively weighting players who ‘stay stronger for longer’, all powered by data insights. The index reached millions of rugby fans around the world and connected with fans to keep them highly engaged with the game and the Duracell brand in a novel and relevant way.

Data-driven initiatives such as the Tui and Duracell Batteries brand campaigns were tailored to each of the brands’ core values and applied across a variety of fan touch points – digital, broadcast, print, social and live.

As we continue through 2016, innovative products like short-form data videos, where stats and data are interlaced with vision and images, will continue to grow and present real commercial benefits for companies. Sports data-driven campaigns across digital platforms, social media, fantasy and tipping, editorial and purpose built apps are increasingly gaining momentum, and businesses that leverage these interactive opportunities will profit from them.