Finding One: Instagram Profiles Growing Fastest
Instagram is still on the rise in terms of the number of users and daily posts. It holds the highest follower growth among the three main social networks.

According to quintly, this finding is driven by the fact that Instagram is still not as saturated as Facebook and Twitter are. A slower growth is considered to be a normal phenomenon when a network matures. 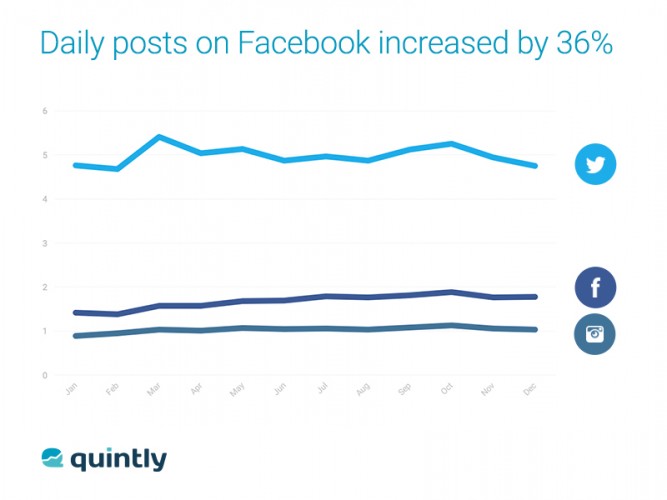 According to quintly, the strong increase is a sign that Facebook is far from being “dead” and brands still rely heavily on this network.

Alexander Peiniger CEO and co-founder of quintly said: “The findings show that Facebook is far from being dead as reported often during the last year. To the contrary, we revealed in this study that brands increased their own posts by 36 per cent, which is a high rise. Interesting to see will be if this development continues further in the first half of 2016.”