It’s no longer enough for brands to set up an activation during sports events and simply whack a logo in the broadcast, the consumer is watching the sports they love online and discussing the moments on social media.

That’s the big takeaway from B&T’s conversation with Jack Watts, CEO of Bastion Collective Marketing ANZ, about how brands can capitalise on the social media chatter around major sporting events.

“It’s about the lightning-rod moments; whether it’s great goals, shots, tackles, hits, marks, funny incidents, red cards, you can see massive spikes in social conversations in real-time in the 30 seconds to 10 minutes after a moment happens,” said Watts- who recently took home a Specialist award at B&T‘s 30 under 30.

“What we’re doing a lot of work on is how can brands listen to those conversations, understand where the brand can fit and interjecting the brand into the conversations to promote them in a relevant way in real-time.

“I really want to make a distinction about what brands post through their own channels, which is fine because anyone can sit there and do that, but the real distinction is targeting influencers with relevant content which they re-tweet, re-post and distribute on the brand’s behalf.”

Watts used the example of the recent Gold Coast and Brisbane Lions Q-clash (the derby between the two Queensland AFL teams) when Gold Coast defender Steven May flattened Lions ruckman Stefan Martin. May was suspended for five matches for the hit. Check it out below:

This knock-out prompted an enormous amount of social conversation. “The online conversation goes from being standard ‘who’s winning, who’s losing’ to all of a sudden social media is blowing up talking about ‘The Hit’.

“When we saw that the whole Bastion team was watching screens to observe what content comes up, so we listen to the conversation’s trends and topics, identify the key influencers- media personalities, football identities- and then target those influencers with relevant content.”

The lightning-rod moment would have been a great chance for brands to upload a 30-second montage of the top five ‘Biggest Hits Of All Time’, which would then be distributed to all the key influencers talking about the game.

“The brand has relevant engaging content which is more than just the image itself, it puts it into perspective and adds value to the people you’re trying to target. We directly send the content to the social channels, the hope is they engage allowing us to prolong and prompt the conversation.”

It’s going to be a cracker of a day, so give this little link a click and find out more about Ministry of Sports Marketing conference coming up on July 19. Follow the social pages – B&T’s Twitter, MSM Conference’s Twitter and Facebook – for more information and updated stories. 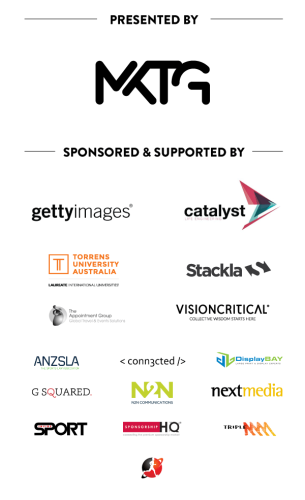