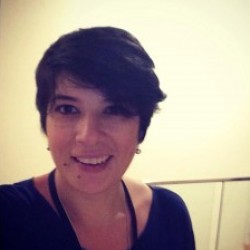 Jess Roberts and Justin Butler met in AWARD School in 2013 and have been working together since. Jess has a Bachelor of Visual Communications (she does the pictures) and Justin has a Bachelor of Journalism (he does the words). Before joining BMF, they spent two years at OgilvyOne creating and executing campaigns for a number of businesses, including IBM, American Express, Coca Cola, Optus and KFC.

Nadia Ahmad joins from Wieden + Kennedy Shanghai where she worked on Nike. Throughout her career she’s been in agencies such as DDB, Naked and Droga5. Outside of adland, she has created her own product, Handvas and also runs an Instagram account, Put A Rang On It. Nadia’s work has been recognised by The Huffington Post, Time, Business Insider, Vogue, Perez Hilton, BuzzFeed, Mashable, MTV, Daily Mail, Brown Cardigan, TrendHunter, Core77, Design Milk and Young Guns.

Tom Johnson teams up with Nadia. He started his career at Whybin/TBWA Auckland where he worked predominantly on ANZ and picked up a handful of awards (D&AD Nomination, D&AD In-Book, One Show Design Merit, Adstars Bronze) for a Minds for Minds (Non-profit autism research organisation) print campaign. More recently, Tom worked at DDB Sydney on McDonald’s, Volkswagen, Telstra and Carefree.

BMF executive creative director Cam Blackley said: “We continue to strengthen our team and, having Tim onboard to add to the creative leadership, is massive. It has paid off already and he’s also a terribly nice bloke. I’m also excited to have persuaded Nadia, who’s fresh from W&K, to sit alongside the immensely talented Tim.

“We’re developing new ways of working and having a team with different perspectives and creative specialties is critical; the arrival of Jess and Justin will help us continue to push to be best creative offering around. They have a bright future.”

Speaking of his appointment, Bishop said: “BMF consistently does excellent work and we’ve got some exciting campaigns in the making. I’m looking forward to playing a part in future successes and working with Cam and Alex to ensure the creative output of the agency is of the highest standard possible.”

BMF’s creative team is growing in response to recent wins including Dulux, as well as extending the scope of work for James Squire, 5 Seeds and Weight Watchers.