BMF has promoted from within in the agency’s search for its new executive creative director, today announcing Alex Derwin will take the role.

Derwin was previously BMF’s creative director and will replace Cam Blackley who surprised everyone in mid-October by jumping ship to rival M&C Saatchi in mid-October. B&T understands Blackley will take up his new role in February. 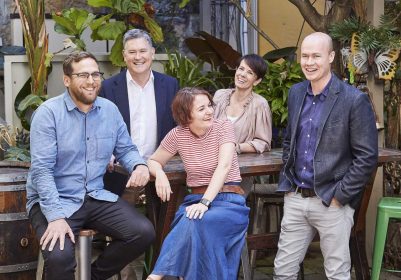 Since joining BMF from Clemenger Melbourne in 2015, Derwin has led the ALDI creative account, helping i become one of the most creative accounts in the country, garnering 76 creative and effectiveness awards including One Show, AWARD Award, LIA, Spikes, Sirens and Effies. In that time, Alex has also played a key role in the agency’s new business success, winning TAL, Dulux, Agoda and Transport NSW and launching Australia’s largest life insurer, TAL, as a consumer facing brand.

With twenty years experience in the UK, the US and Australia, Derwin has an international résumé that includes award-winning work on Nike, Nestlé, Oak Milk, Toyota, The Star, St Vincent de Paul and The Observer newspaper.

BMF managing director, Steve McArdle, said: “Alex has been the Creative Director behind a huge amount of the BMF work that’s dominated the effectiveness awards and been creatively celebrated over the last three years. We’re delighted that, aftethree-monthonth recruitment process involving some outstanding candidates, we’re able to recognise one of our own for the ECD job.”