A new reality TV show in the UK has been accused of racism and reinforcing racial stereotypes after just one episode, which aired on Tuesday night (UK time).

The premise of the show sees a white British family dropped into the middle of a remote village in Namibia, in an extra replica of their two-storey house, complete with electricity and running water.

Called The British Tribe next door, the show features former Gogglebox and I’m a Celebrity … Get Me Out of Here! star Scarlett Moffet and her family move to the town of Otjeme, Namibia and spending time with the local Himba tribe.

However, the show has drawn ire from social media for reinforcing racial stereotypes as the family shows the tribeswomen how to climb stairs, iron clothes and use a washing machine. 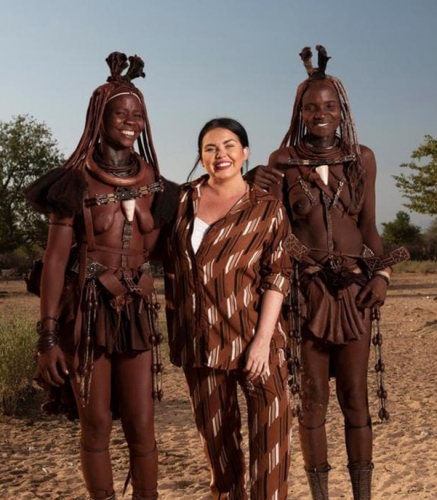 One Twitter user wrote: “This ‘social experiment’ is a disturbing, intellectually baseless replay of tired African colonial stereotypes with the added insult of cheap celebrity. Appalling.”

Another wrote: “Struggling to believe that Channel 4’s British Tribe Next Door was ever greenlit. There are so many better ways to teach and learn about other cultures …”

The British Tribe Next Door show is without a doubt the most appalling thing ive seen come out of Channel 4, its SO insensitive, who came up with this idea???

However, Moffatt asked viewers not to judge the show before they watched it.

She tweeted: “Let’s make judgments not from a book cover yeah. I know the majority of people (bar the people who are negative about everything) are going to love The British Tribe Next Door.”

Not all reactions were negative, however, with some viewers calling the show “heart-warming” and “beautiful”.

Why do people have to be offended over every little thing these days! It’s a social expierement! I’m finding it so heartwarming! The tribe don’t envy us Brits and prefer there way of life and I think that’s beautiful ❤️#thebritishtribenextdoor @ScarlettMoffatt

the british tribe next door