Advertise with us
Posted 1 November, 2018


Ben & Jerry’s ice cream is not a brand to shy away from controversy and making dessert political.

The latest stunt by the ice creamery is renaming its ‘New York Super Fudge Chunk’ to ‘Pecan (pee-can) Resist’, a jab at President Trump.

Pee-can as a reference to the infamous ‘Pee tape’ involving Trump and ‘Resist’ commenting on his reputation as a racist and the resistance movement against him.

Today we launch Pecan Resist! This flavor supports groups creating a more just and equitable nation for us all, and who are fighting President Trump’s regressive agenda. Learn more and take action here >> https://t.co/Bi8YE1FvOZ pic.twitter.com/Kr6CKBX1sc

Cartoonist for the Australia Financial Review David Rowe has already published an image commenting on the move.

This is not the first time Ben & Jerry’s have politicised icecream. 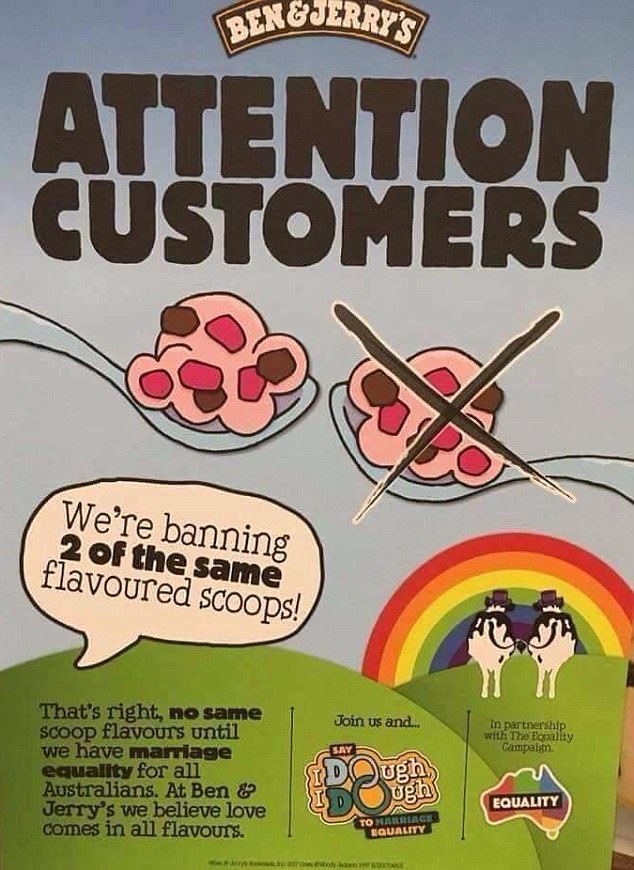 The promotion, titled ‘Love comes in all flavours’, spread across every outlet in Australia during the plebiscite.

At the time, the company said: “Imagine heading down to your local Scoop Shop to order your favourite two scoops of Cookie Dough in a waffle cone.

“But you find out you are not allowed… you’d be furious! This doesn’t even begin to compare to how furious you would be if you were told you were not allowed to marry the person you love.

“So we are banning two scoops of the same flavour and encouraging our fans to contact their MPs to tell them that the time has come- make same-sex marriage legal! Love comes in all flavours!” the statement read.