Australia’s biggest media companies have censored their front pages in a fight for press freedom.

Following the AFP’s raid on News Corp journalist Annika Smethurst’s home, as well as a raid at ABC headquarters earlier this year, more than a dozen of Australia’s top titles, TV, radio networks and websites have called time on the limits to press freedom.

The media companies, which include SBS, the ABC, Nine, News Corp Australia and The Guardian, have formed a uniting front to launch the Your Right to Know campaign, which will be accompanied by TV and radio ads across the country.

News Corp CEO Michel Miller told The Australian, the raids in June this year were “the straw that broke the camel’s back”.

“It’s unprecedented to see the front page of every single newspaper pointing out the same issue we are challenged with having to deal with, but this is serious, it’s ­serious for all Australians, not just for media, but it’s our job to actually serve our communities.

“When you see every media organisation lining up together to make this point, we need to see some action”, adding that it was “clear the government is not getting the message that it has a problem”.

The campaign is asking for government action across key areas across the limits of press freedom, including laws allowing media to contest polic warrants, exemption for journalists from ­national security laws that make journalism an offence and more protection for whistleblowers. 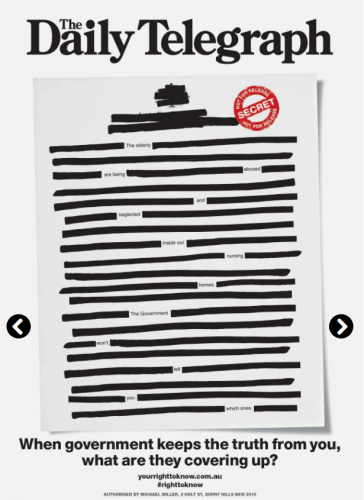 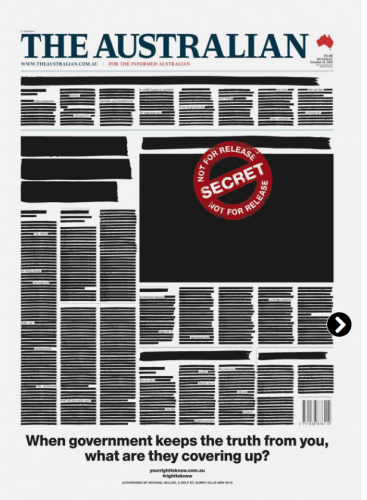 In a meeting on Friday, News Corp and the ABC told a senate committee they still didn’t know if their journalists could face jail time.

However, attorney-general Christian Porter said on Sunday he isn’t inclined to prosecute the journalists, while Anthony Albanese said the government should say they won’t press charges against the journalists.

press freedom your right to know