Australians have a natural suspicion of large corporations and that means we’re less inclined to jump on board large global brands as quick as other countries, says LOUD’s executive creative director Steven Thomson.

Thomson (pictured below) has been the ECD at the North Sydney-based agency for the past 12 months following a seven-year stint in the US and told B&T that from that experience he believed “Australians have a much greater corporate wariness”. 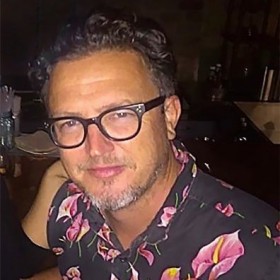 He believes the suspicions arise from a view – founded or otherwise – that we’re paying more than we should for overseas brands and their products.

“And because of that we’re some of the slowest on the uptake of those global brands and we’re the second highest for piracy in the world (it’s debated whether we’re number one or two – B&T). And why is that? Because we feel we’re getting ripped off.”

However, Thomson’s counter to the argument is, that unlike our American counterparts, we simply don’t like paying for stuff; particularly stuff we deem we should be getting for nix in the first place.

“Take the Ashes that are coming up, I think most Australians would be very unhappy that they had to pay to watch it.”