Ad tech start-up Wrappli is this week launching a mobile outdoor advertising tech platform that allows advertisers to leverage car owners in locations of strategic importance to their clients by wrapping privately-owned vehicles in client advertising, and tracking their travel using a patented beacon technology that connects to a mobile app held by drivers.

The launch was made possible after a funding boost from Sydney Angels and a syndicate of other investors allowed Wrappli to finalise the technology, which now gives advertisers real-time visibility on the location of their ads, while allowing drivers to track the passive income they earn by simply going about their usual routes (up to $600 per month).

Suraj Vaghjiani, CEO and co-founder of Wrappli, said the businesses idea about during a conversation at a start-up event between he and co-founder Fiona Aaron.

“We wanted to find a way for drivers to mitigate vehicle costs without changing the way they were driving,” he said.

“Because we both have a background in media and advertising, we wondered whether there was an advertising solution to this problem. 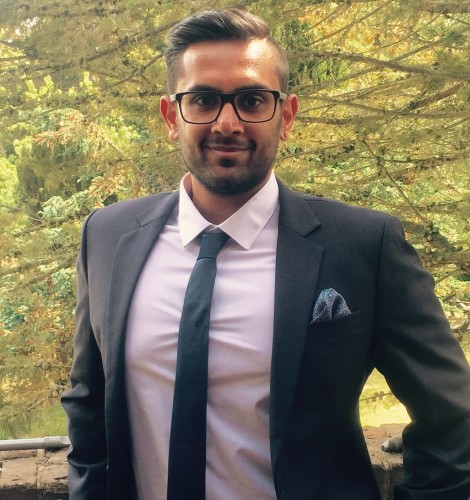 “After a few more brainstorming sessions, the concept behind Wrappli slowly emerged, so we threw $180 into Facebook advertising to see if there was any interest in our idea, and we got over 1,000 expressions of interest almost overnight from drivers. We were totally blown away by the response.

“Knowing the idea was a popular one, we then set about ensuring our business model was solid and would hold up to scrutiny from potential investors, as we knew we needed additional funds to build on our original technology. That’s when we turned to Sydney Angels, who embraced it immediately.

“After assisting us to finalise the original tech, the funding from Sydney Angels will now also allow us to validate and test the business model even further so we can fully understand how to deliver results for advertisers. This in turn will allow us to expand into other major cities in Australia in the second half of 2017.”

Sydney Angels member Jemma Enright said: “The founding team brings together a strong mix of advertising expertise and technology entrepreneurialism, which was a key attraction for Sydney Angels.

“The current technology already delivers high levels of accountability via GPS data tracking and advanced reporting functionality, but Wrappli’s plans to extend this further to deliver something completely unique to advertisers is truly visionary.”