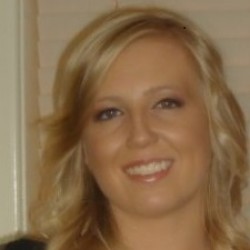 
Australian companies are struggling to keep pace with the increasingly “always on” nature of their customers, their greater use of digital channels, and their growing acceptance of non-traditional providers, according to new research from Accenture.

As a result, the ‘Switching Economy’ – the potential revenue available in the Australian market due to changes in consumer spending patterns and switching rates – has swelled to USD$151.4 million (approx. AUD$198 million).

“Many Australian companies are reacting too slowly to the Switching Economy, resulting in customer losses and decreased revenue potential,” said David Mann Australia and New Zealand Accenture strategy lead. “While many companies have been chasing the digital opportunities, they have not addressed the root causes of the problems that are exposed through poor execution. Companies have been focused only on ‘doing the same things better’ when these issues really require them to ‘do things differently’.”

More than two-thirds of consumers (69 per cent) report that the number of brands they consider has increased significantly over the past 10 years, and 60 per cent believe they are more likely to switch providers compared to 10 years ago.

Almost nine out of 10 (88 per cent) surveyed use at least one online channel when looking for a new service provider, and 32 per cent want more digital interactions from providers. Only 11 per cent of consumers strongly agree companies are effectively converging digital, mobile, social and traditional channels.

“Today’s customer’s sense of loyalty to an existing provider is often eclipsed by a competitor’s personalised and tailored experience,” added Mann. “Our research shows non-traditional competitors are gaining market share through their willingness to do things differently – often offering prospective customers more opportunities for customisation.”

About one in five of Australian consumers (21 per cent) feel very loyal toward their providers and only one-fifth (22 per cent) are willing to recommend them to others, figures that have remained consistently low over the past several years. Exactly four out of 10 (40 per cent) are open to purchasing products and services offered by non-traditional providers and about the same amount (37 per cent) will consider making purchases through consumer-to-consumer channels for housing/accommodations, transportation or money lending.

Many of the common consumer complaints and habits identified by the research have been ever-present for a number of years, indicating that many companies are not addressing underlying issues effectively. The three top Australian consumer frustrations for customer service – not solving an issue during the first interaction (87 per cent in 2014 compared to 87 per cent in 2009); lengthy hold times (87 per cent compared to 88 per cent); and interacting with service representatives who cannot answer questions (85 per cent compared to 86 per cent) – have remained flat.

Despite high switching rates, the survey reveals a potential “switch back” opportunity for companies. Just over two-thirds (34 per cent) say they would consider returning to a previous provider. Top drivers of this trend include attractive pricing (54 per cent) and a superior product or offering (48 per cent).

Satisfaction with online customer service channels, including online text/video chat, mobile applications, third-party review of websites or forums and social media, is relatively solid compared with “traditional” channels with just over half of respondents reporting that they are satisfied with online text chat (60 per cent), as compared to just 52 per cent that were satisfied with traditional contact centre support.

However, despite the relatively high levels of satisfaction with digital channels, adoption of these technologies has remained low due to several barriers, including a lack of appropriate information provided by the channels, lack of trust in them, and lack of knowledge of how to access and use them.

Further, while most companies are aware of the value that digital brings, many have been slow to develop an overall strategy that incorporates these channels into their existing customer service offering.

“Many companies have suffered from two persistent customer service-related headaches that hindered profitable growth over the past 10 years: chronically high switching rates and decreasing spend by their remaining customers,” said Mann. “Companies that determine the right blend of digital and analog channels to improve the customer experience can reap huge benefits by retaining existing customers while luring more than their fair share of new ones away from competitors.”