Listeners consider radio a valuable source of entertaining and informative content, with 94 per cent saying that radio is the place to turn to for information during the summer season.

Radio has the power to provide relevant and current information in times of emergency and to keep regional communities connected and informed. 68 per cent of listeners agree that radio is where they turn to for information on local news and events, and 81 per cent say that radio keeps them up to date.

Meanwhile, 91 per cent of regional listeners listen to radio just as much if not more in the summer.

CRA CEO Joan Warner said: “Of 261 commercial radio stations, 220 are in regional areas. Our regional stations understand their vital role, both during and after emergencies, to be right there broadcasting locally and continuously in order to share news and important information.

“Often broadcast radio is the only place people in regional areas can turn to in times of emergency, with mobile phone towers damaged or overloaded and access to other broadcast channels made difficult by the situation and the conditions.” 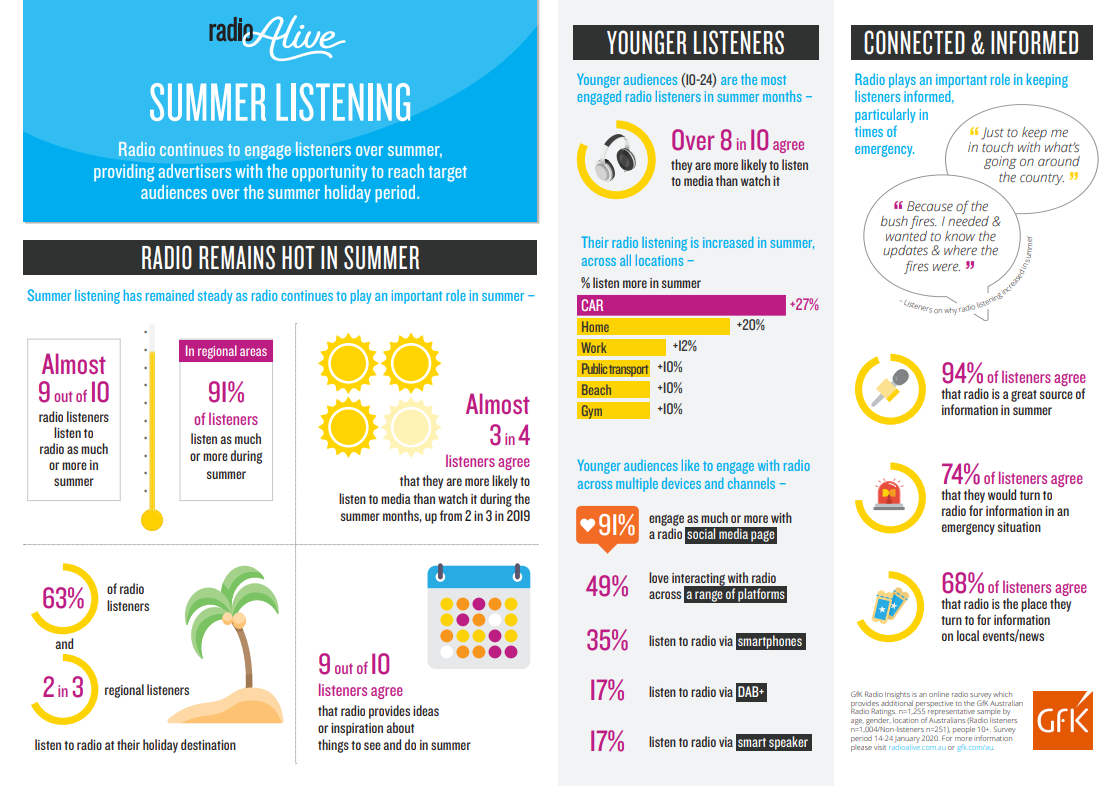 70 per cent of listeners consider radio to be a broadcast medium that they can access anywhere in summer, meaning that they can listen wherever they happen to be. Radio is not only where audiences turn to for entertainment and information, but also a source of inspiration, with nine out of 10 listeners saying that radio helps give them ideas about what to do in summer.

Plus, radio can be listened to while on the move, with 90 per cent of listeners stating that radio keeps them informed when they are on the go in summer and one in five listening to more radio in the car during the summer months.

Demographically, young people aged 10-24 are the most engaged radio listeners in summer, as 82 per cent  are more likely to listen to media than watch it and one in five state that they listen to more radio during that time.