It’s been a tough slog for the men’s magazines of late with Bauer Media closing down Zoo Weekly, the UK editions of Zoo and FHM shutting up shop and Playboy announcing it will no longer do nudes – Pamela Anderson will be the last one for the magazine.

However, while these mags are floundering to stay afloat, fashion magazine Harper’s Bazaar has released its latest cover with a naked Miranda Kerr on the front.

Harper’s Bazaar editor-in-chief, Kellie Hush, says in no way is this intended to fill the void of lad’s mags.

“The demise of provocative mens’ magazines has been a long time coming and BAZAAR is in no way looking to fill that slot,” she said.

“We’re now living in an era of Victoria Secret Angels, stolen nude photos and attempts to break the internet with reality stars in provocative poses. This isn’t the same thing. Harper’s BAZAAR has long celebrated the daring woman – someone with vision, commitment, style – and a total lack of fear. Miranda may be naked but she’s a trailblazer and this cover celebrates this.” 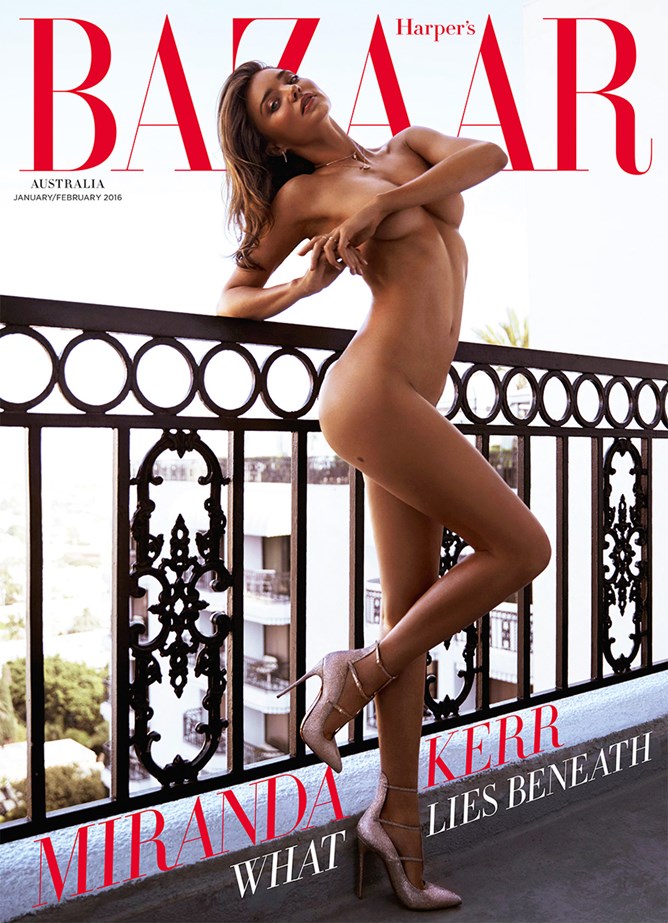 Kerr apparently didn’t know she was going to be posing nude for the shoot, but acknowledged nude photos can look tasteful and timeless.

In the ed’s letter of this issue, Hush said: “What we captured between outfit changes was a woman who is incredibly comfortable in her own skin (and why wouldn’t you be?).”

The edition will be on sale next week.

It’s not the first time a woman has appeared naked on the cover of a woman’s magazine, as model Gisele Bundchen bares all but one calf on the cover of Vogue Paris for its 95th anniversary.

Similarly, another model, Naomi Campbell, posed in her birthday suit for Vogue Brazil and Lui Magazine.

It’s not just fashion and men’s mags that have a lot of skin on the front cover. Miley Cyrus caused a storm when she posed naked with her pet pig on the cover of Paper Magazine – which first hit headlines when it featured Kim Kardashian’s butt.

Advertising Standards Bureau Shop Til You Drop The Edge