In this guest piece, Oliver Shawyer (pictured below), managing director of digital solutions business Feel and global marketing director at 180 Degrees Consulting, provides some words of wisdom for those about to embark on a start-up. 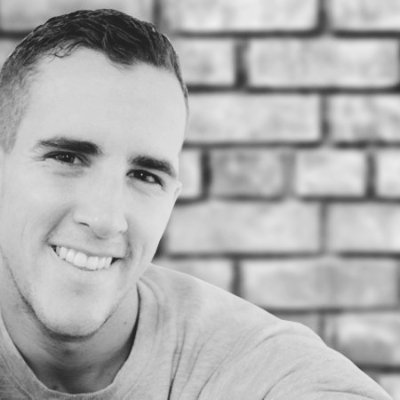 Today, loads of start-ups are receiving millions of dollars in investment. The service, the product, the offering… it all feels right, it all feels like the next big thing – the next Uber (blah, blah, blah) – but a story I came across recently reminded me that no matter how good you or the people around you think it is, it’s not about you. If it works for everyone but the person it’s intended for, then you’re doomed. Sure, this is a “no shit” statement, but yet here we are.

Have you ever heard of the story of Trevor Field?

In 1989, he visited an agricultural fair in Pretoria, South Africa, where he met a water engineer named Ronnie Stuiver, who was demonstrating a model for a new type of water pump. Skipping across a chunk of the detail (because I want you to read on to the punchline), the showcase reminded him of a fishing trip he’d taken many years before, during which he watched the women of a rural village wait for hours next to a windmill-powered water pump. He recalled that there had been no wind that day, but in light of the near-desperate need of supplying their homes with water, they simply sat and waited for the water to flow. He thought to himself then that there had to be a better way, and here in front of him at the fair was the potential solution – the PlayPump.

Unlike the typical hand and windmill pumps found in many villages of the poor countries, Stuiver’s invention seemed brilliant because it doubled as a merry-go-round. The scenario that played over in Trevor’s head made perfect sense: the children would play on the merry-go-round, it would spin, and in doing so it would pump water from the ground into a tank. No longer would the women of the village need to trek for miles to draw water, and at the same time, the children (who have almost nothing) had something to entertain them for hours upon hours. A product that utilised the power of playing children to provide sustainable water supply for the community. It was the best idea Trevor had ever seen, and so fittingly, he bought the patent and then spent the next five years improving the design, which also included the idea of placing billboard advertisements on the sides of the water tank as a way to generate revenue to pay for pump maintenance.

Throughout these years and those that followed, Trevor delivered some monumental milestones including:

PlayPumps were the biggest thing since sliced bread, and the milestones above were just a few of the key indicators to how berserk it really went.

But here’s the catch.

For all it’s proclaimed business success and milestones – all the PR, the money raised, the products developed – for all of that, there was very little success on the ground. You know, the part where the product actually gets used. The only real part that matters.

Shortly after 2009, two damning reports were released by World Vision/UNICEF and the Swiss Resource Centre and Consultancies for Development respectively. It turned out that despite all the noise, the awards, and the millions of dollars spent, no one had really considered the practicalities and realities of the PlayPump for the end-user.

The incentive for the children was minimal (and wore off completely), to the point where some were even paid to ‘play’. And much of the time the women of the local village ended up pushing the merry-go-round themselves, which as a task was tiring and demeaning.

When asked, many of them said they preferred what they previously had to use and do.

The outcome of PlayPumps, albeit sad, probably doesn’t feel to foreign for a lot of you. In our short lifetimes alone, we’ve all seen many products full of such hype and potential fail miserably when implemented, even more so now in this digital age (when barriers to entry are lower and opportunity appears broader).

But regardless of how often or how close to home, we’re often left asking the same question:

How did everyone get it so wrong, and on such a scale?

Obviously, I don’t have the definitive answers. I couldn’t, because I’ve not experienced it to the extent that people like Trevor have.

But, in unpacking this story plus many others, some things you may find worth considering (notably if you’re also in the process of building your own business or product) could include:

I’m about to endeavour on tech start-up, so the key will be putting my money where my mouth is. After all, surely I’ll know if I’ve got it all wrong… won’t I?