Integrated creative agency ODD has opened an office in Sydney as it looks to bring its strategic British prowess and global retail expertise to the Australian market.

The agency, which was founded by Simon Glover and Nick Stickland in 2004, has built aspirational lifestyles around some of the world’s best-loved fashion and lifestyle brands such as Dr. Marten’s, Triumph, Forever21, Benefit Cosmetics, and Levi’s.

Its latest offering will give clients throughout the Asia Pacific access to ODD’s agile, entrepreneurial mindset, and allow them to tap into the agency’s holistic, integrated approach and global creativity and strategic thinking.

ODD Sydney will work with Seafolly on a fully integrated through-the-line campaign that will break in January 2019. For Venroy, it will launch the leisurewear brand’s first-ever advertising campaign following its recent foray into womenswear.

The agency will be led by business director Olivia Kaufman, who is relocating back to her native Australia after spending the last two years at the agency’s London office. Whilst there, she led the global account for F&F, the clothing arm of Tesco. 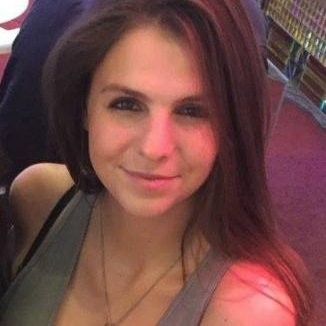 Prior to this, Kaufman worked in New York for Havas and Chandelier on clients including Diageo and Old Navy. She began her career at Sydney’s Arnold Furnace, working on brands such as P&G and Warner Bros. Entertainment.

Glover said: “We’ve had our eye on Australia for a little while now. It’s fast establishing itself as a leading fashion and lifestyle destination, so we’re extremely excited to bring our wealth of retail experience to some of the amazing brands here, such as Seafolly and Venroy.

“And there was no-one better placed to head up the agency than Olivia. Over the last two years, she’s been invaluable in growing our business in London and embodies everything we believe in, so it was no-brainer to have her establish ODD in her hometown.”

This is the third shop for the London-headquartered creative agency, having opened in New York at the end of last year following its appointment as lead North American agency for menswear brand Perry Ellis.

ODD is part of the Next15 Digital Communications Group, which employs over 1,300 people across 18 countries.

ODD’s entry into the Australian market is the second by a UK-based agency in as many weeks, with Amplify launching a local office last Thursday.