One of Australia’s most highly respected and well known journalists and media personalities, Anne Fulwood, has been appointed by Ogilvy Public Relations to the position of media director.

During Fulwood’s impressive career, she was a national television news anchor for both the Ten and Seven Networks; Network television host for Olympic and Commonwealth Games coverage (10 & 7 Networks); and 10 years as host, MC, facilitator and online site editor for national Telstra Business Awards programs. She has successfully run her own consultancy, Fulworks, for more than a decade with a strong focus on assisting entrepreneurial SMEs. Most recently she has held director of communications roles within the legal industry, plus several board appointments, and is currently on the Board of the Art Gallery of NSW Foundation. 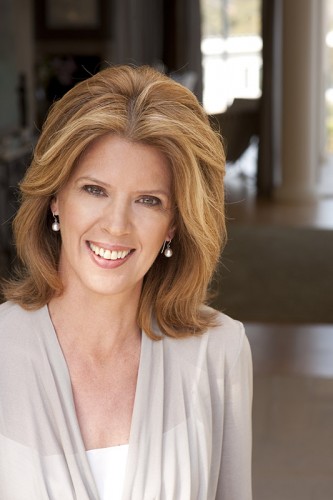 Ogilvy PR Australia’s CEO Kieran Moore said with a stellar media and business career spanning more than three decades, including roles at major television and newspaper outlets plus board appointments and running her own business, Fulwood will bring “broad and proven media and corporate expertise to the position”.

Moore said: “Anne is one of the most well-known, connected and talented individuals in Australia.  She has been a trail blazer for women in the media since her days as news presenter and most recently was appointed as Australia’s first representative at Women20 for the G20 Leaders’ Summit in Turkey. She started her own company and embraced senior high profile positions in both corporate Australia and Government-appointed roles. The team is excited to have someone of her calibre join our ranks.

“I know what Anne can achieve, and am incredibly confident she has the knowledge of communications and media to make a great success of this position.”

Commencing in March, Fulwood will work across all six of Ogilvy PR’s specialist agencies, providing strategic consulting, senior counsel to clients on media engagement, crisis and issues management, and work closely with the content team. She will also assist the senior management team in further developing media skills among staff.

She replaces Sam North who is retiring after seven years in the Media Director role.

“Anne steps into big shoes. Sam North has been a valued colleague and friend for many years and with more than 30 years in the media field, has been an integral part of leading OPR to the top of Australia’s PR industry,” Moore continued. “We will miss his incredible expertise, counsel and his sense of humour and wish him all the best for his retirement.”

Fulwood said she is looking forward to the new chapter in her career at Ogilvy PR, with the role presenting an excellent opportunity to utilise skills learned across all facets of the media and communications industries, and corporate Australia.

“I am very excited to be joining Kieran and her team. The communications and media landscape continues to evolve, and I am looking forward to providing perspective to clients through the lens of both media insider and corporate consultant. Ogilvy PR does some incredible work with leading Australian and international brands, and this is a brilliant opportunity for me to work with a great team of exceptional people, on some very exciting projects,” Fulwood said.