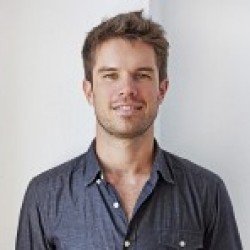 The singer had particularly stiff competition from former X-Factor contestant, Nathaniel whose fans shared the hashtag #NathanielEmerge over 1000 times on Twitter.

Designed to put the spotlight on upcoming local artists from Australia and New Zealand, Emerge uses technology to offer a unique insight into what could be the next big thing in music. Emerge achieves this by using Spotify’s vast array of data to pinpoint ten emerging artists from the region, based on their increase in streams and shares week-on-week. It is then put in the hands of music fans – through listening, liking, voting, and sharing – to determine who should win.

David Raitt, sales director, Spotify said:“Spotify aims to deliver unique music solutions foradvertisers and the ability for us to harness data in this way with Emerge, is something that brands (and the music industry) can get excited about. We’ve seen tens of thousands of people get involved by voting, liking and streaming and it’s been fantastic working with HP to help surface the best new music talent in the region.”

Emerge enables users to watch the competition play out in an engaging and visually appealing, graphic timeline on a branded microsite, where the artists who attract the most attention and listens, are rewarded with more prominence on the site.

It is this unique platform that blends data, technology and music, that has seen artists like Lorde, Macklemore & Ryan Lewis, and alt-j come to prominence on the platform before breaking into the big time.

Darren Needham-Walker, head of marketing, HP South Pacific said: “The next generation of creative individuals have the ability to be innovative, forward-thinking leaders in their area of expertise and interests – whether it’s music, film or fashion – with the help of HP technology. Our collaboration with Spotify further supports innovation in music and gives up-and- coming musicians the chance to be recognised for their talents through Emerge.” 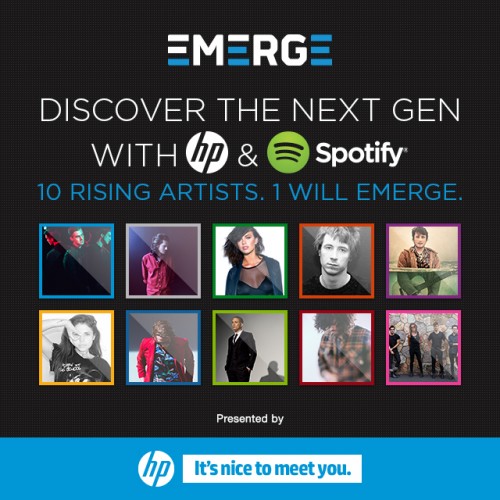 Having recently released his debut album Sea of Approval, featuring singles “Keep On Running”, “Baby I Am Nobody Now” and “Talk Too Much”, Andy will record an exclusive Emerge Spotify Session, and receive a Spotify promotional package for a future release and HP technology worth AUD $5,000.